Welcome to the firsts installment of Epic App Battles of Android: Music Edition! Here is our first epic match up!

In the blue corner, we have Pandora, founded in 2000 with 100 Million Downloads and a user rating of 4.4

In the red corner, we have Slacker, founded in 2006 with 10 Million Downloads and a user rating of 4.2

Who will win this epic battle between the legendary titans? Read on and find out.

Pandora brings to the table a clean, white, high-resolution user interface that is present when searching for stations, viewing your feed, profile, and adjusting the applications settings menu. At first glance, the interface is overwhelming due to the multiple tabs and shortcut menus.

Once you take the time to create stations, which is very simple to do, all of your stations will be listed under the stations tab. The stations tab is probably the most important aspect of Pandora because it allows you to choose the station you want to listen to. It also gives you the option to select multiple stations and shuffle them together into one station. After a station is selected the user interface changes to a gradient hue of navy blue and displays cover art of the song as the song plays.

The ability to switch from the now playing screen back to the Pandora homepage to view your profile which is Pandora’s version of a Timeline, the Feed, and Settings tab creates a comfortable user experience and is very easy to use. 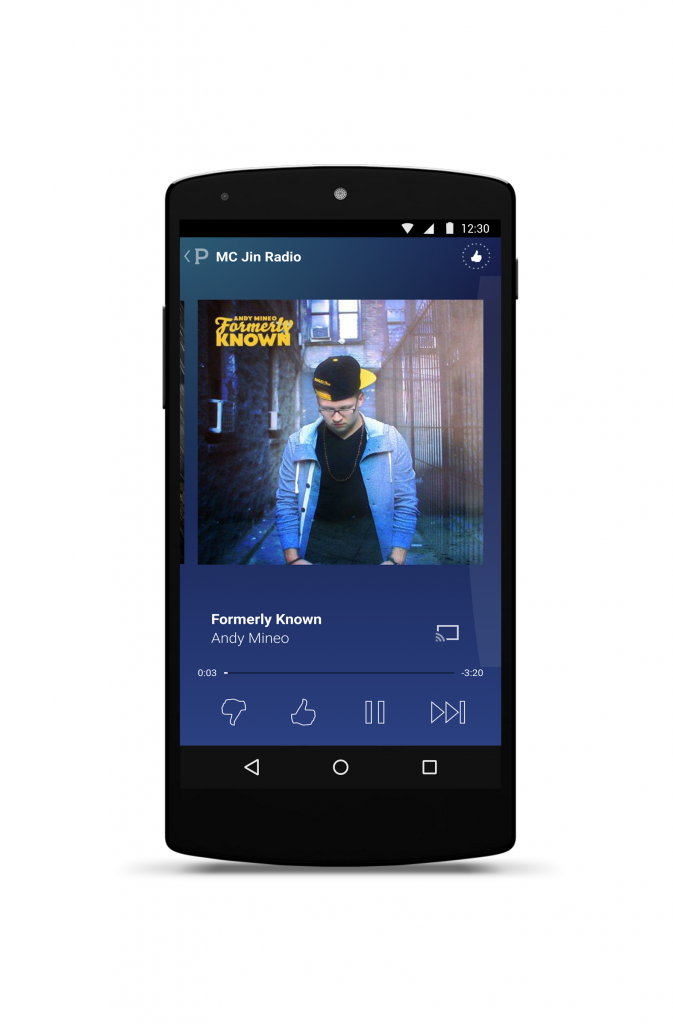 Slacker takes a totally different approach to its user interface. The homepage of Slacker has a mix between white and variations of gray triangles creating a high-resolution wallpaper background. The header and footer menus of the app are deep blacks that, when viewed against the wallpaper background, gives the application a beautiful and monochromatic design.

Slacker’s ‘Now Playing’ menu is simply gorgeous. The menu displays the current song’s album art while behind the album art is a background of the same cover art just with a low opacity giving a sleek appearance. That combined with the creatively designed play, skip, and back icon buttons creates an ascetically appealing. Switching between Slacker’s menus are hidden gems. The ‘gems’ are creative transitions that flip, flop, and fly around like slides of a PowerPoint presentation. The snappy transitions, intuitive menus, and crisp, rock-star like graphics allow Slacker to have a bit of swagger. 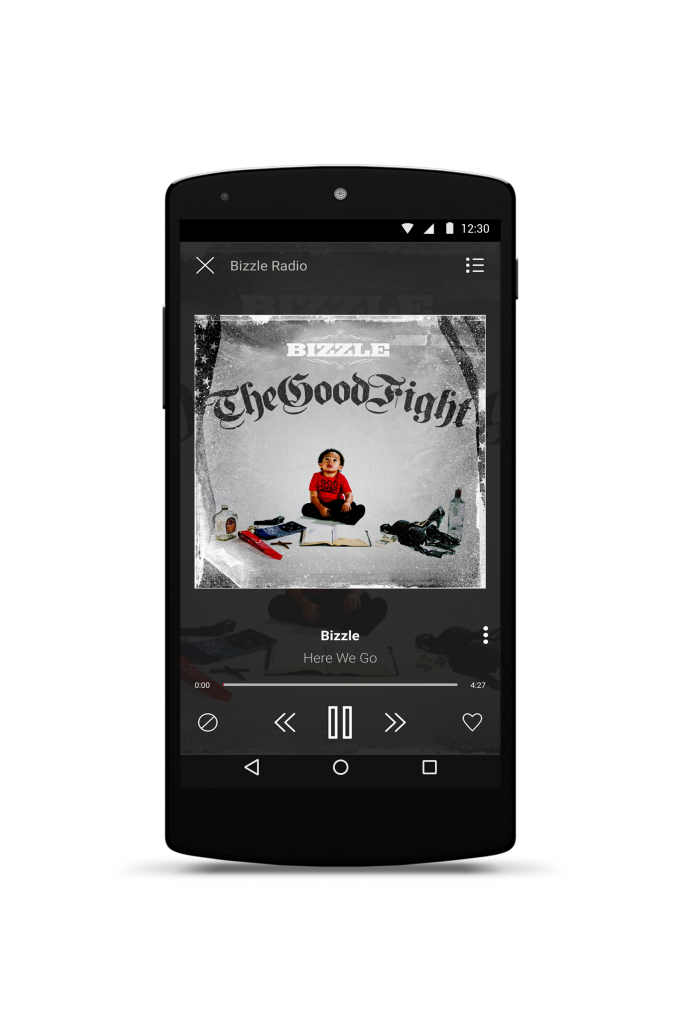 Pandora, which is pegged as a music discovery app, takes a simplistic approach to music-streaming.  Pandora attempts to create an intimate music experience for you, based on the songs and artists that you love. Search for Lecrae or maybe Justin Timberlake, and Pandora’s algorithm engine built off the Music Genome Project creates a playlist loaded with comparable artists from a library of nearly a million songs.

What this does is allow you to listen to the artist you like and discover an artist that you might have never heard of but creates similar music. The free version of Pandora is limited to 6 skips per hour and has ads and commercials throughout your listening experience. Upgrading to Pandora One, the subscription service, enables fewer interruptions and removes ads as well as other perks like more daily skips. 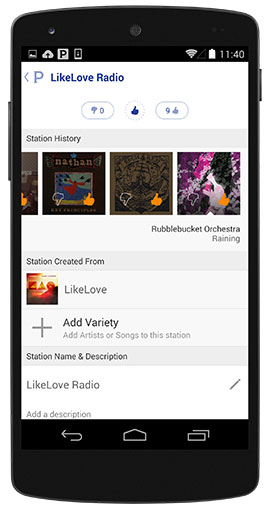 Slacker is a Discovery and On Demand service which, for the most part, is relatively unknown compared to other heavyweights in the streaming music category like Pandora, Spotify, and iHeartRadio. Although Slacker seeks to change that by giving you everything, including the kitchen sink.

You do have the ability to listen to curated playlist from genres, moods, seasons, etc. Although Slacker Plus and Premium boasts a music library of over 2.5 million songs and gives you control over creating a playlist, and saving songs offline to listen to when there is no available internet connection. One more amazing feature is the ability to listen to entire albums and searching for song titles. 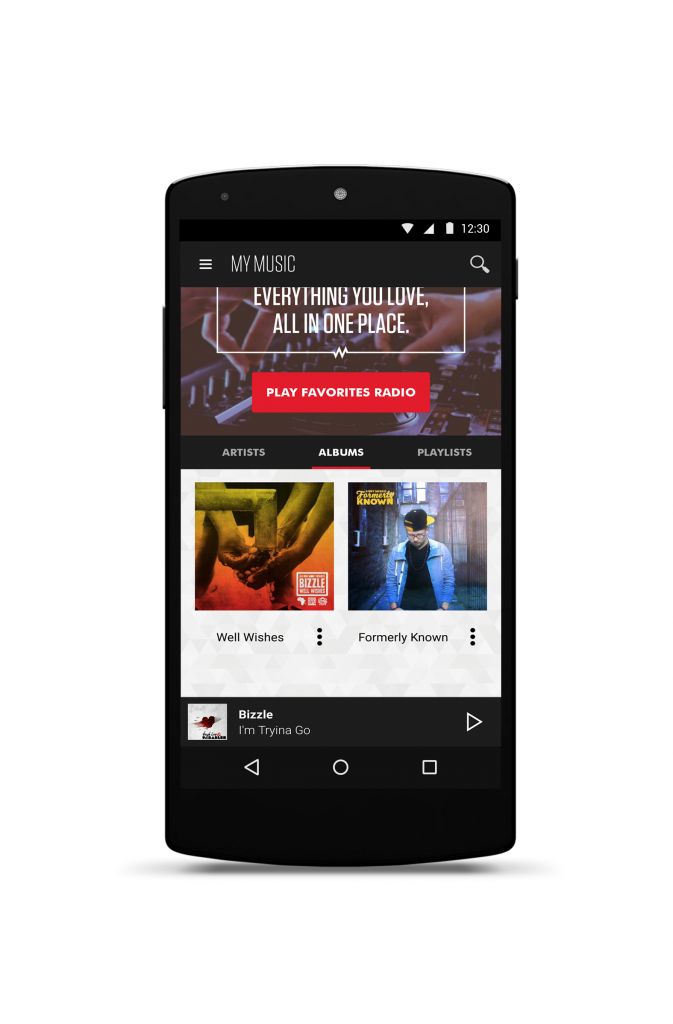 Pandora’s Pandora One Subscription: $4.99 per month or $36 for the year upgrades you to no ads and fewer interruptions

After 3 rounds of head to head action between Pandora and Slacker, we have to take it to the judges score cards.  It was a close fight but Slacker prevailed with a score of 27 points compared to Pandora’s 24.

It seems that Pandora, being a veteran, got too comfortable in its place in the streaming audio market, allowing other apps to encroach on its territory. Now we have other services that offer the same features as Pandora and more.

Before this battle I had never used Slacker, and I really felt no needed to because I have been a loyal fan of Spotify for the last 2 years and have paid my monthly dues faithfully. Slacker is an extremely well designed app that offers an array of interesting and useful features. It is also easy to use and created a fun user experience.

Tell us what you thought about the battle by leaving comments below. Which streaming music app do you use?