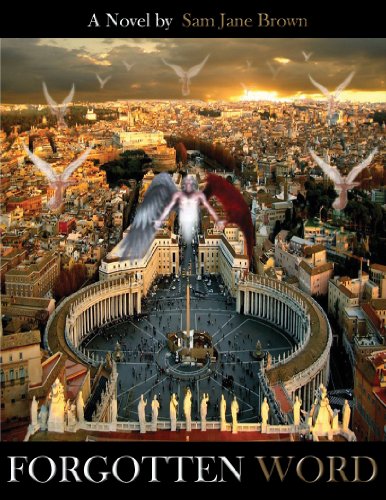 Zena McGrath is a detective working for an International Police Organisation at their Dublin Office. A routine day is turned upside down when she receives a call from her boss in the New York office.

A number of Catholic Priests have died in mysterious circumstances, the latest being an Irish Priest based at the Vatican. The Vatican authorities claim the deaths are due to natural causes. Brian Evens; Zena’s Superior officer based in New York tells Zena she must fly to Rome and meet a high-ranking Vatican Priest to discuss the case.

When Zena arrives at the Vatican she is greeted by Cardinal Donatello, a mysterious figure who has responsibility for training priests in the secretive and highly dangerous art of Exorcism. He reveals to Zena that the Priests who have died were all Exorcists and takes her on a shocking visit to see a Priest who is possessed by evil spirits.

Cardinal Donatello reluctantly reveals the seriousness of the problems the Vatican is facing in the eternal battle between good and evil and Zena herself has a chilling encounter with a demonic presence. Although shocked and disturbed by what she has seen at the Vatican, Zena is persuaded by Cardinal Donatello to allow the Vatican Authorities to fight the evil in their own way and not pursue her investigation.

Zena convinces Brian Evens that there is nothing to investigate at the Vatican and prepares to return to Dublin, only to be summoned to New York when another Catholic Priest is discovered brutally murdered. Zena flies to New York with a Bible given to her by cardinal Donatello and an evil presence following her every move.

During the course of the murder investigation in New York Zena is persuaded to take part in a Satanic Ritual in order to let her see into the past and reveal the murderer of the Priest. Whilst in a trance she sees the people responsible for the crime and the shocking truth leads her back to Rome and the culprit.

Cardinal Donatello is deported to New York to stand trial for his part in the crime and during the course of the trial the whole shocking truth of the Catholic Church’s battle against evil and the extent of satanic worship is revealed to the incredulous world. Cardinal Donatello is found guilty of his crimes and the revelations spark worldwide revulsion against all forms of religion, something that Zena with her insights into the world of Satan had warned of.

Zena returns to Ireland as the overthrow of world religions gathers pace to find peace and to try and rid herself of the evil spirits that are haunting her. Her quest leads her to the Holy Land in an attempt to find God and inner peace.

The events in the Holy Land lead to a climactic and shocking finale to this tale of good against evil the second coming.

“Author Sam Jane Brown’s debut novel examines religion’s role in society. Brown’s debut book, “Forgotten Word,” takes readers on a fast-paced journey that touches upon an array of thought-provoking points, including the role of religion and the potential impact of a new world order whereby religion is banned.” The Examiner
Follow Sam Jane Brown on her BookGorilla author page