Facebook introduces its anonymous chat app for the iPhone, Rooms 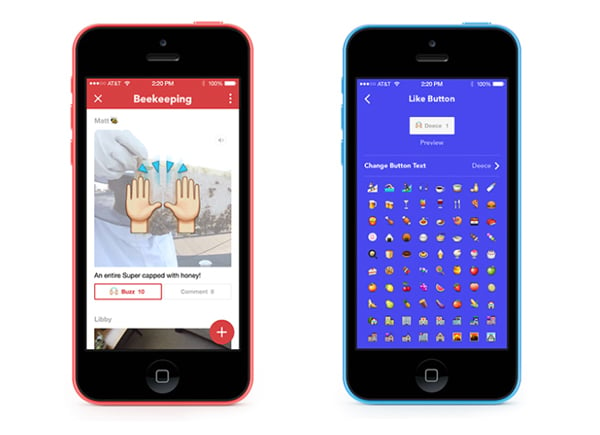 Unlike other similar appsWhisper, Secret, and Yik Yak, Facebooks take focuses on topic-specific areas for users to chat in. The creator of the room decides on the topic. Each room can be filled with photos, videos, and text.

Creators can control almost every aspect of their room, including the text and emoji on their like button, cover photo, dominant colors, member permissions, and more.

In a blog post, Facebook said the app can be used to show different sides of yourself that arent usually seen by friends or family:

Thats why in Rooms you can be Wonder Woman or whatever name makes you feel most comfortable and proud. You can even create different identities for different contexts. In my room for technology industry discussions I am Josh but in another about backpacking travel I am jm90403 a homage to my hometown zip code. Sometimes I want to go with my real name and sometimes I prefer a nickname. It depends.

Designed for the iPhone/iPod touch, Rooms can be downloaded now on the App Store for free.

It will be interesting to see if Rooms can take off with a slew of other similar apps on the store. But I commend Facebook for actually coming up with a different take on the anonymous chat app.

For other app news and reviews today, see: Tilt your way through dangerous obstacle courses in Tilt to Live: Gauntlet’s Revenge, Hitman GO update brings a new classic level pack and iCloud integration, and It’s going to be a Long Night as Game of Thrones Ascent for iOS gets its first expansion.

Facebook introduces its anonymous chat app for the iPhone, Rooms is a story by AppAdvice.com
AppAdvice - iPhone, iPad, iPod, App Reviews + News
Get the latest tips & apps for your Smartphone