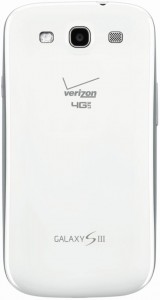 Verizon’s Samsung Galaxy S3 is making its way into the hands of those individuals who pre-ordered the device as we speak and will be available to all on July 10th, so we can expect the more adventurous set of owners to begin toying with the phone’s software. A good thing to have when attempting to modify a handset’s stock operating system is a factory backup image, and thanks to Samsung Updates we now have one. The stock software image for Verizon’s Galaxy S3 is available for installation right now and could be a lifesaver for anyone staring at a potentially bricked phone.

The release is not officially endorsed by Samsung, but it looks to be the official final build of the phone’s software. Samsung typically gets around to releasing these images on their own, but having one available at launch could go a long way in jumpstarting software development for the handset.