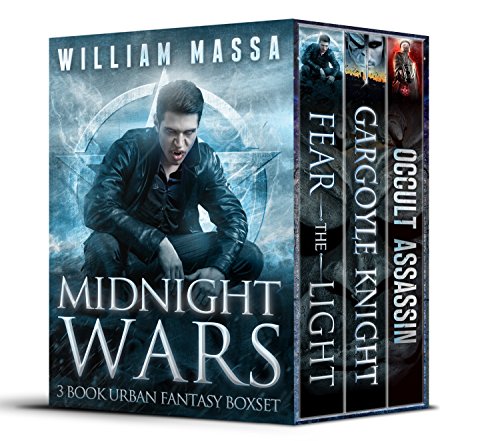 For a limited time, get 3 Dark Urban Fantasy novels with over 300 combined 5-star reviews for $0.99!

Gargoyles. Vampires. Demon Hunters. All of them engaged in a ferocious fight for survival with monsters and supernatural forces. The battle against black magic begins now…

FEAR THE LIGHT.
Eight vampires must solve Dracula’s murder while being targeted by his killer. An urban fantasy murder mystery thriller where the vampires are the victims!

OCCULT ASSASSIN BOOK 1 – DAMNATION CODE.
A Special Ops soldier declares war against a dark magic death cult after his fiancée falls victim to paranormal forces. Dark Fantasy Horror meets the action-adventure genre in a series readers are describing as PUNISHER versus the forces of darkness.