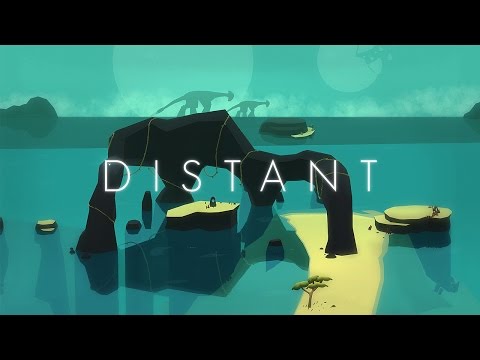 According to the trailer, which shows about a minute of footage, it looks like players will be controlling a character wearing a yellow cape, which follows a burning ball around the landscape. The setting in this clip shows the character running and jumping in a location with lots of water separated by small islands. The minimalist art style also shows some odd-looking creatures in the water, along with dinosaur-like animals in the background.

According to Snowman, this is just one of many settings the players will check out in DISTANT, but aside from that, the team is not revealing much about the game at this time. That includes a release date for the title, so we will have to wait a bit longer to see what this game is all about.

Snowman is also collaborating with other developers for future games, including Where Cards Fall, in a partnership with developer The Game Band, and Skate City. working with developer Agens. Snowman is also creating a full-fledged sequel to Alto’s Adventure, called Alto’s Odyssey. None of these games have release dates yet.