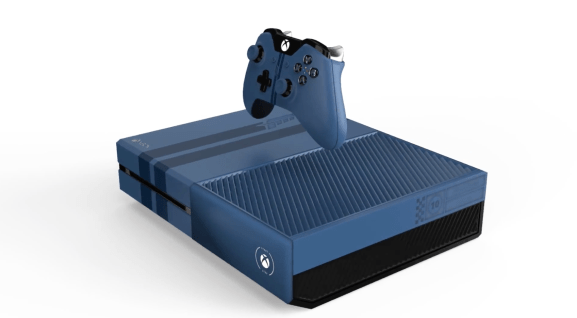 Microsoft announces a special edition of its Xbox One game console, created to promote the latest release in its racing game series, Forza Motorsport 6. This new blue-colored console will feature some racecar-inspired casing modifications, and will sport a 1 TB hard disk for increased storage. It comes in a bundle along with the new game, and will be released on September 15, priced at $400. This bundle was designed to celebrate the ten-year anniversary of Turn 10’s racing game franchise.

The Xbox One power button has been styled to look like a Ford GT’s start/stop button, and pressing it will sound car noises straight from the Ford GT. Even the disc eject button features its own car-related sound effect.

The included controller also sees some racing modifications, with tweaks to its coloring, and diamond-patterned steering wheel grips — a nod to Forza Motorsport 6’s cover car, the new Ford GT. It’s based on the new revised Xbox One controller, so it will also  feature a 3.5-inch audio jack, better bumpers, and improved wireless capabilities.