Foxconn, formally known as Hon Hai Precision Industry Co. , is discussing a possible investment with the government of Zhengzhou, about 750 kilometers south of Beijing, according to people familiar with the talks. The two sides are discussing terms such as how to divide the investment, which could reach as much as 35 billion yuan ($5.7 billion), the people said. 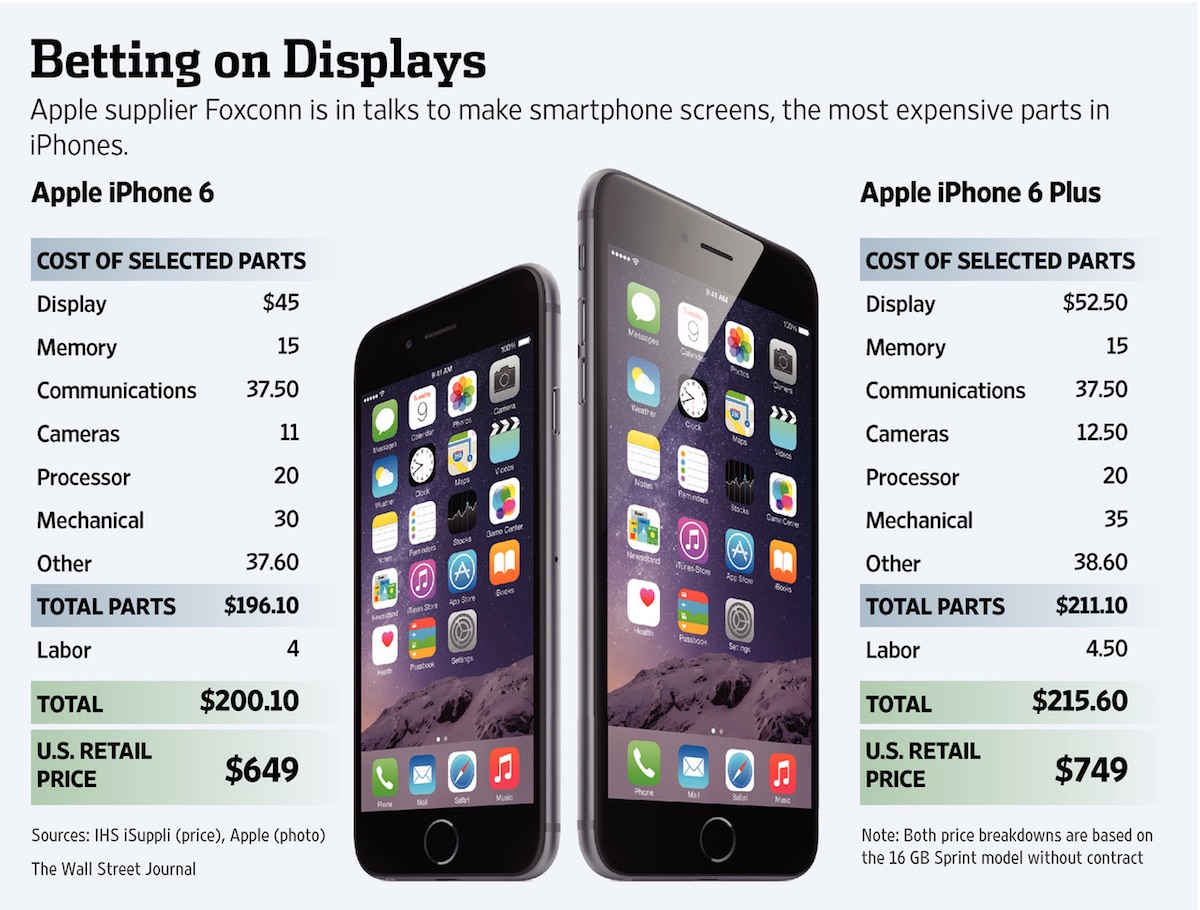 The display is typically the most expensive single component in Apple's iOS devices, and the company has long sourced the parts from a variety of vendors including Samsung, LG Display, Sharp, and Japan Display. Foxconn has been seeking to improve its display expertise in recent years, pursuing a troubled partnership with Sharp as it has tried to position itself to win orders for iPhone and iPad displays.