The robots you design will change the world! Will you show them the true meaning of love, or conquer Alaska with your robot army?

“Choice of Robots” is an epic 300,000-word interactive sci-fi novel by Kevin Gold, where your choices control the story. It’s entirely text-based—without graphics or sound effects—and fueled by the vast, unstoppable power of your imagination. 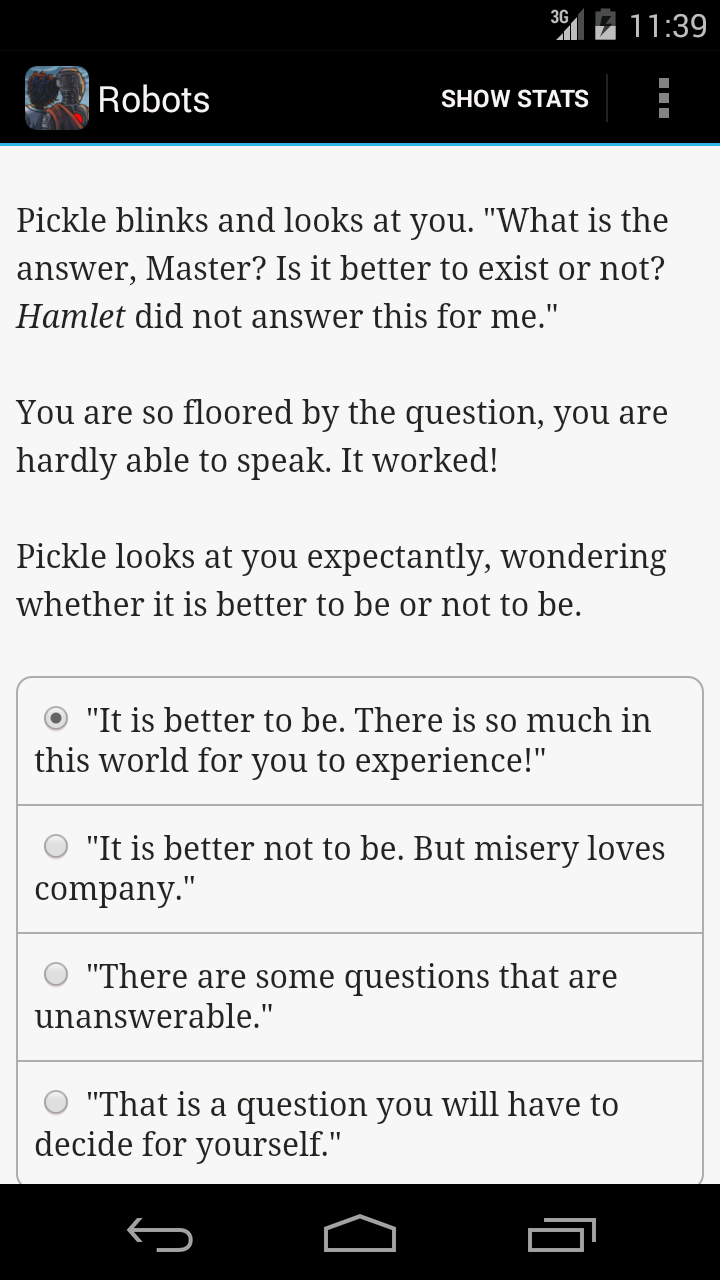 Play out thirty years of your life as a brilliant robot maker, from graduate school near the present day to a future in which your robots have changed everything.

Depending on your choices, your robots may be independent or obedient, clumsy or graceful, empathic or cold … and you yourself may live to an old age happily married or alone with only robots to comfort you.

Play as male or female, gay or straight, with nine characters to romance, four alternate climax chapters, and over seventy achievements to unlock.

Choice of Robots: get it today, while it’s the Free App of the Day!

The post FreeApp of the Day is Choice of Robots – A Choose Your Own Adventure Ebook appeared first on Kindle Fire on Kindle Nation Daily.