In Short: The Samsung Galaxy A9 (2018) has just surfaced on Geekbench. This benchmarking tool reports that the phone managed to score 1,609 points in a single-core test, while it was able to attain 5,844 points in a multi-core test. This test was performed today, October 10, and the device seems to be running Android 8.0 Oreo. Qualcomm’s Snapdragon 660 64-bit octa-core processor will fuel this phone, while Samsung will include 6GB of RAM on the inside. This handset managed to get somewhat better results on Geekbench compared to the Galaxy A7 (2018), as that phone hit 1,526 and 4,265 points in Geekbench’s single-core and multi-core tests, respectively.

Background: Samsung had announced October 11 press event, and the Galaxy A9 (2018) is expected to be announced during that press conference. The company did not confirm that yet, but it’s what pretty much everyone is expecting. Samsung is, however, teasing the ‘4X fun’ for the upcoming phone, and that probably refers to the phone’s quadruple camera. The Galaxy A9 (2018) is actually rumored to arrive with four cameras on the back, the device is rumored to ship with 24-megapixel (f/1.7 aperture lens), 8-megapixel (f/2.4 aperture, wide-angle lens), 10-megapixel (f/2.4 aperture, telephoto lens), and 5-megapixel (f/2.2 aperture, depth lens) cameras. The device will probably ship with a 6.3-inch fullHD+ display, while a fingerprint scanner will be included on the back of the device. A 3,720mAh battery, which is not removable, had also been rumored, while the phone will support Qualcomm’s Quick Charge 2.0 fast charging.

Impact: The Galaxy A9 will be a new mid-range smartphone from Samsung, and the very first smartphone from the company to ship with four cameras, if rumors are to be believed. Samsung had included three cameras on the Galaxy A7 (2018) quite recently, and it seems like the company is ready to test even more sensors. 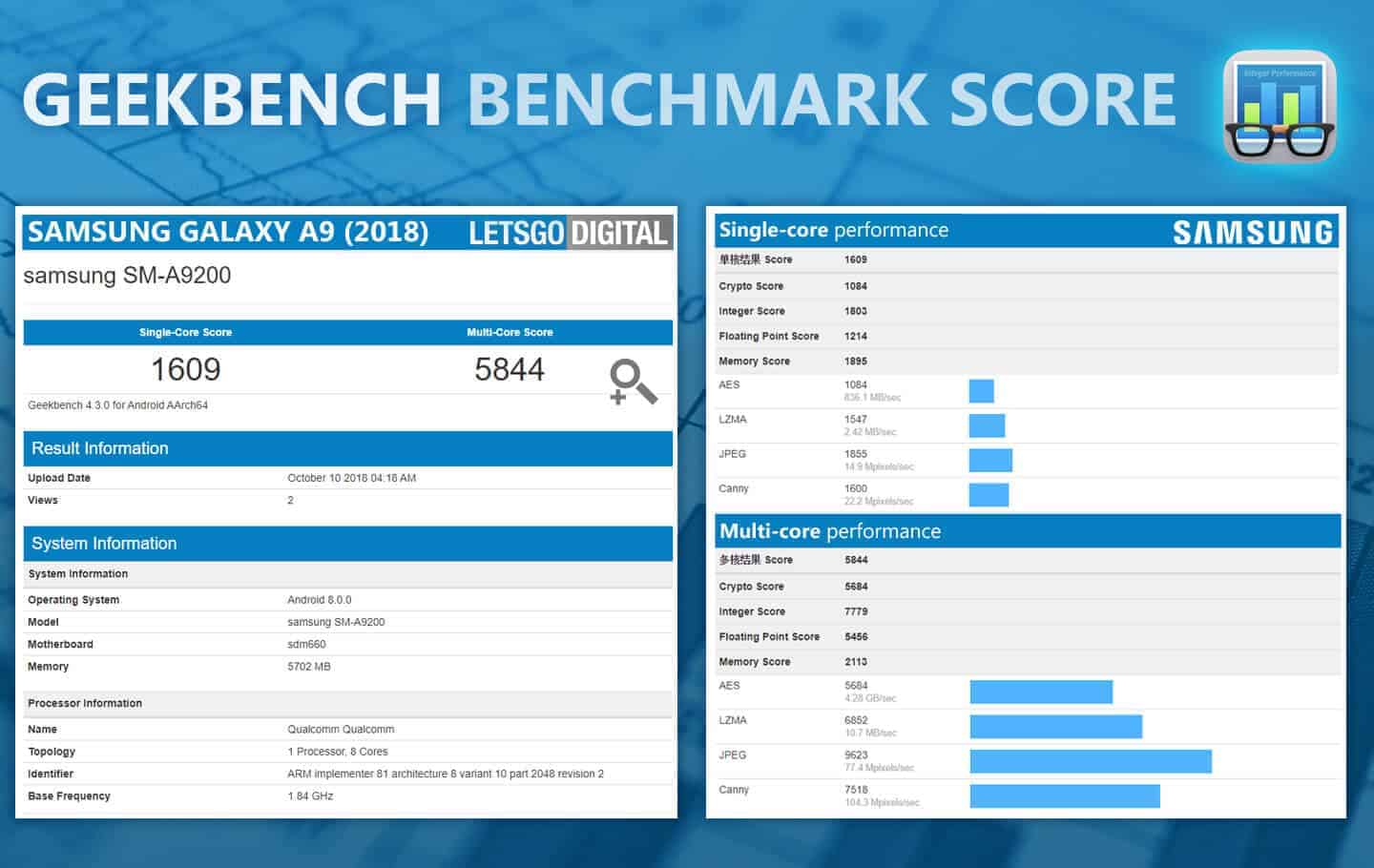 The post Galaxy A9 (2018) Hits Geekbench With 6GB Of RAM, Android 8.0 appeared first on AndroidHeadlines.com |.