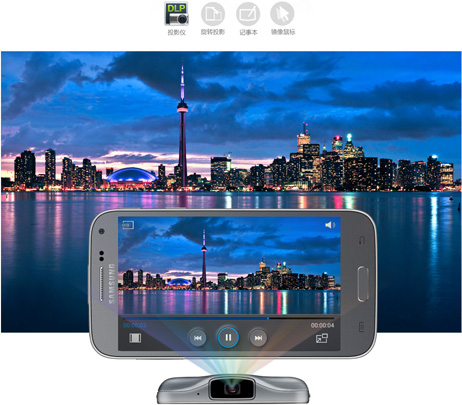 Thanks to a leak last month we already know that Samsung is working on another Galaxy Beam device. Today Samsung posted information on the successor to the original Beam, confirming the specs we already know. The model number is SM-G3858. The smartphone will come with a 4.66 WVGA screen with a 480×800 resolution. It will also pack in a 1.2GHz quad-core processor, a 5MP camera, Bluetooth 4.0, and a microSD card. We’re not sure how much RAM and internal storage the device will have, as those haven’t been listed.

The Beam 2 will feature a built-in projector like its predecessor. The projector itself also features a WVGA resolution and will have a background color correction. As for availability, it looks like China’s about the only market we’re sure of. Considering the original Beam had little market traction in other areas it may not make it out of China. Pricing is unknown at this point and there isn’t a release date in sight. We’ll update you when we know.