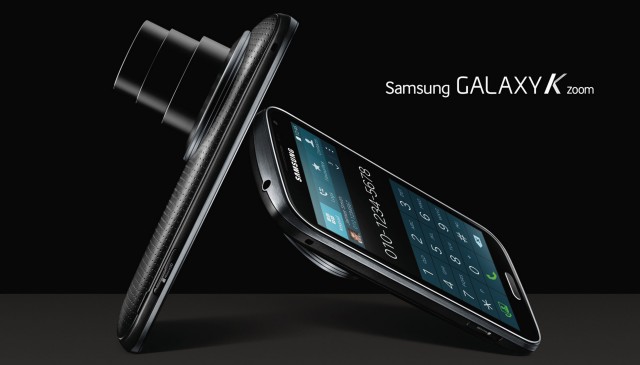 Remember the Galaxy S4 Zoom? It was a strange little hybrid device consisting of a mashup between a point-and-shoot camera (with a giant optical zoom) and a mid-range smartphone. Samsung has taken another swing at the concept with the Galaxy K Zoom.

"Galaxy K" would seem to denote a new line of devices from the company. The name change is welcome because the S4 Zoom wasn't really a Galaxy S4 with a zoom lens—the specs were much lower than the "S4" name would have you believe. It's the same deal for the Galaxy K, which takes design cues from the S5 (but isn't an S5).

The phone part consists of KitKat running on a 4.8-inch, 1280×720 display, 2GB of RAM, a 2430 mAh battery, and 8GB of storage with a microSD slot. Samsung describes the processor as "Hexa core," made up of a 1.3GHz quad-core and a 1.7GHz dual-core processor. While Samsung's spec sheet isn't very forthcoming about the details, based on the cores and frequencies, we would guess this is an Exynos 5260, which uses two 1.7GHz A15 cores and four low-power 1.3GHz Cortex A7 cores. Don't let the core count fool you: that's decidedly midrange.