It’s Christmas in April at iFixit, and Samsu Claus just came to town with another tasty morsel—the Samsung Galaxy S5!

Following yesterday’s super-fixable Gear 2 smartwatch, the S5 is a bit of a disappointment. Samsung made things harder to fix. The S III and S4 featured internal components on the back of a large display assembly. The S5, however, sandwiches the components in their own difficult-to-access compartment between the display and the battery. As a result, the S5 received a fitting 5 out of 10 repairability score—a full three points less than last year’s model, and the lowest we’ve ever scored a Samsung smartphone. 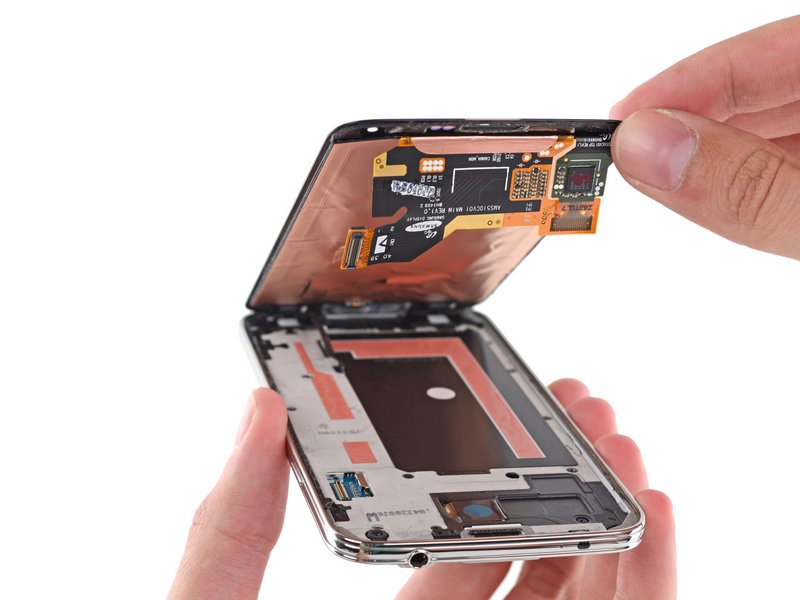 • The S5 has a little door marked “R1″ on the back of the phone that opens to disconnect a sole cable. We found out later in the teardown that disconnecting that very home button cable from the start would have made the display removal much easier. Neato!

• Present and accounted for is the expected fingerprint scanner tech. The control chip is labeled 1200P E43F2.

• Some galaxies have stars. This one has chips: