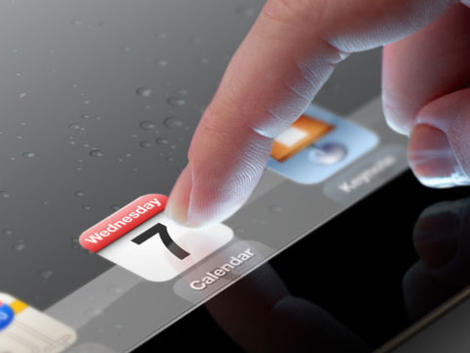 The first punch was the new iPad. The kick was iLife, iWork and iOS. And the finisher was the iPad 2.

As the late Steve Jobs might have put it: boom!

The new iPad is the haymaker, the punch everybody could see coming. The processor may remain a dual-core one rather than the quad-core one the rumour factory predicted and that some rivals already offer, but processors aren't what sell iPads; apps do.

And whether those apps are electronic magazines, games or the new iPhoto, seeing them on a retina display is going to get people's credit cards twitching. The retina display alone is good enough for me: if I didn't have to give a car mechanic all the money in the world this week I'd be pre-ordering a new iPad right now.

The second part of the strategy is the software. By providing free OS updates to everyone -- by the end of today I'll have upgraded two iPhones and an iPad to the latest iOS; no waiting six months for phone operators to test OS updates for Apple customers.

Apple keeps its customers feeling warm and fuzzy, and free Retina updates to the iLife and iWork apps mean there's no "if I upgrade I'll have to buy apps again" annoyances. These are little things, I know, but they matter.

The price is right

Last and most definitely not least there's the iPad 2. At £399 it's a brilliant machine; at £329 it's a steal. Rivals had a hard enough time competing with it at its previous price, and Apple's just ruined a lot of tablet firms' days.

It's a really interesting price point, low enough to make cheapo rivals considerably less attractive but high enough to make you think "Just another seventy quid and I could have the newer one." I'd bet plenty of people will go into Apple Stores planning to buy an iPad 2 and will come out twenty minutes later with a retina one instead.

What we've got, then, is a three-pronged strategy, the same one we've seen Apple adopt with the iPhone: make a new, shiny, headline-generating, must-have device for early adopters, gadget fans and people with spare cash; make existing customers feel warm and fuzzy; and make iPad ownership more affordable than ever before.

If you thought 15.4 million sales in a quarter were impressive, wait until you see how many iPads Apple shifts now.