Gary Marshall: Why the new iPhone doesn't need to be fancy 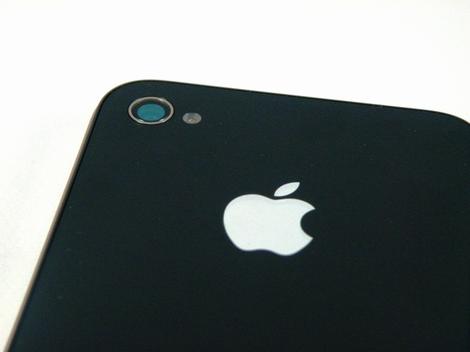 It's Apple's new iPhone event tomorrow, and we know what that means: most of the internet is publishing "ten things Apple will announce tomorrow" articles. The truth is, hardly anybody outside Apple has a clue what Tim Cook's got up his sleeve.

Is that going to stop me making predictions? Of course it isn't.

If that's all Apple announces, there will be groans. People on the internet will use the word "fail". Videos of Darth Vader and of Hitler in his bunker will be given hilarious new subtitles. But none of this will matter, because the combination of iOS 5, iCloud and a slightly better iPhone will sell by the truckload.

I'll be surprised if Apple brings out a radically different iPhone for a number of reasons, but the main one is that it doesn't really need to. The iPhone 3G was a major upgrade; the 3GS, minor; the 4, major - so we're due another minor bump, rather like the bump in specs when the iPad became the iPad 2. The iPhone 4 certainly doesn't feel as if it's struggling, and iOS 5 will make it feel brand new all over again.

Yes, we know this already, and I'm sure Tim Cook still has surprises up his sleeve, but I think the real story tomorrow is about software, and services, and the cloud. If there are surprises they'll be software ones, perhaps in the form of the voice-controlled Assistant feature that's been getting the rumour mill so excited, or an app that automatically sends hate mail to the boss of Samsung.

Then again, maybe I'm wrong. Maybe Tim Cook will say there's one more thing, and Steve Jobs will appear on a giant white horse brandishing an iPhone 5 that's so advanced, so magical, that everybody who worked on it has gone completely insane. It'll run on solar power alone and beam apps directly to your optic nerves, and you'll communicate with it through the medium of dance.

And if that happens, there will be groans, people on the internet will use the word "fail", and videos of Darth Vader and of Hitler will be given hilarious new subtitles. And none of that will matter, because it's an iPhone, and it'll sell by the truckload.