Geekbuying has discounted a bunch of devices on its website, and with our exclusive coupon codes, you can get even lower prices out of those deals. Coupon codes are available for almost every single devices on the list, and that one that comes without a coupon code is quite affordable as it is. We’re mostly looking at smartphones here, but one of Xiaomi’s tablets is also discounted, and the same can be said for Huami’s smartwatch. A bunch of gadgets are listed down below, and we’ll talk a bit about every single one of them, in case you’re interested in buying one. Below every listing, you will be able to see a purchase link, and a coupon code, just in case you’re interested in getting one of the provided devices. Having said that, let’s get going, shall we. 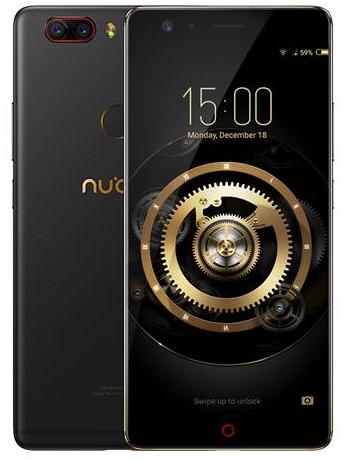 The Nubia Z17 Lite is a mid-range smartphone which was announced back in August 2017, but it’s still a compelling offering if you’re looking for a mid-range phone. This handset sports two cameras on the back, and its bezels are not thick at all, while you’re getting 6GB of RAM and 64GB of storage as part of the package. The device is fueled by the Snapdragon 653 64-bit octa-core processor, and it supports Qualcomm’s Quick Charge 3.0 fast charging. The Nubia Z17 Lite is currently priced at $158.99 on Geekbuying. 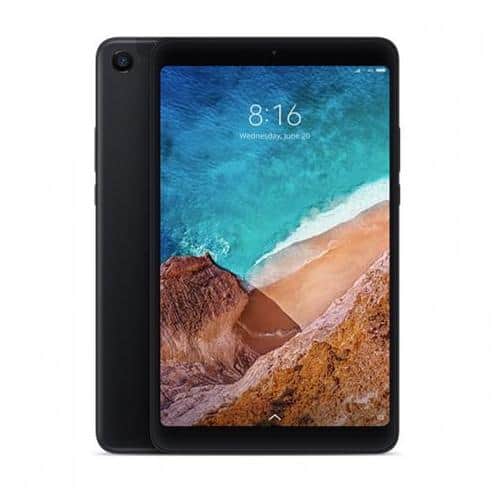 If you’re in the market for a new tablet, the Xiaomi Mi Pad 4 is a really solid, and yet affordable option. The Mi Pad 4 is Xiaomi’s latest tablet, and it’s made out of metal. The device is fueled by the Snapdragon 660 64-bit octa-core processor, while it comes with 3GB of RAM and 32GB of storage (at least this variant does). A 6,000mAh battery is included in the package, and the Mi Pad 4 features an 8-inch 1920 x 1200 display. The Xiaomi Mi Pad 4 for $205.99, if you utilize the provided coupon code, of course. 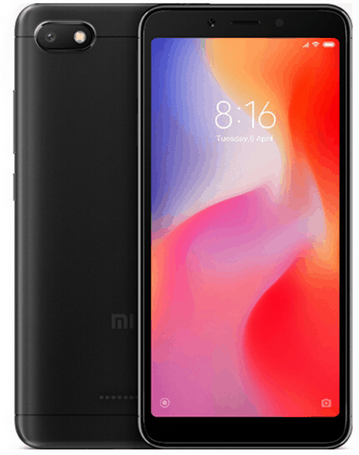 The Redmi 6A is one of Xiaomi’s really affordable smartphones. Despite its really low price tag, this phone’s bezels are not that thick, and the device is fueled by the Helio A22 64-bit quad-core processor. The Redmi 6A comes in both 2GB and 3GB of RAM variants, with 16GB and 32GB of storage, respectively, though only the 3GB RAM model is on offer with a coupon code. The Redmi 6A sports a 5.45-inch HD+ (1440 x 720) display, while it ships with Android 8.1 Oreo, and MIUI 9. The Redmi 6A can be purchased for $155.99 on Geekbuying 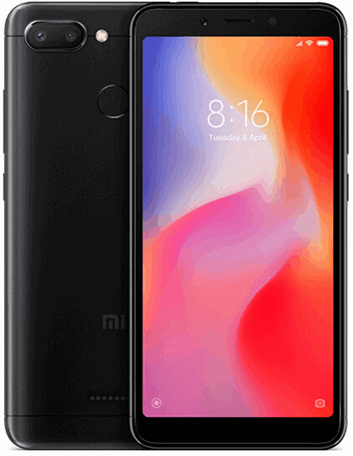 The Xiaomi Redmi 6 is more powerful than the Redmi 6A, but it’s still one of Xiaomi’s budget offerings. The Xiaomi Redmi 6 sports 12 and 5-megapixel cameras on its back, while it is fueled by the Helio P22 64-bit octa-core processor by MediaTek. The phone sports 4GB of RAM and 64GB of storage (at least the variant that we’re talking about here) while it also offers facial scanning feature. The phone comes with a 3,000mAh battery, which is not removable, and a 5-megapixel camera is included on its front side. The Redmi 6 can be yours for $222.99, if you’re interested. 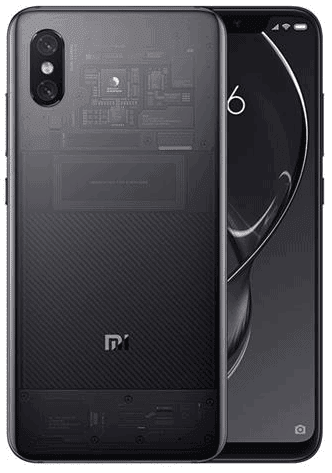 Xiaomi had introduced several variants of the Mi 8 earlier this year, and the Mi 8 Explorer Edition is the most powerful one. That handset comes with a see-through glass back, and it is fueled by the Snapdragon 845 64-bit octa-core processor. The device packs in 8GB of RAM and 128GB of storage, while it sports a 6.21-inch fullHD+ (2248 x 1080) Super AMOLED display. Android 8.1 Oreo comes pre-installed on the phone, along with Xiaomi’s MIUI skin, while the device is priced at $795.99 on Geekbuying (with a coupon code). It is worth noting that the phone is available for pre-order at the moment, it will become available for purchase and ship to those of you who pre-order it in about a week. 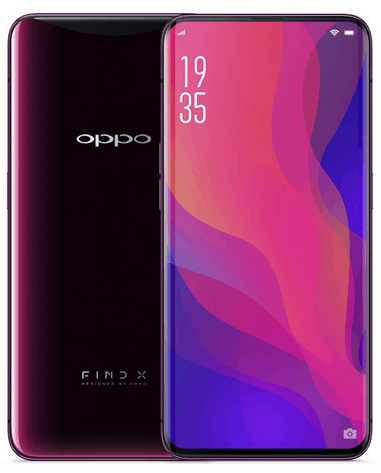 The OPPO Find X is the latest and greatest handset that OPPO released. This phone comes with a really interesting mechanism which hides all the cameras when not in use, and then reveals them when needed. The device is made out of metal and glass, and it is fueled by the Snapdragon 845 64-bit octa-core processor, while it also ships with 8GB of RAM and Android 8.1 Oreo with OPPO’s ColorOS 5.1 on top of it. The OPPO Find X has extremely thin bezels, and one of the highest screen-to-body ratios out there, at least as far as smartphones are concerned. The phone can now be yours for $859.99 thanks to the provided coupon code. 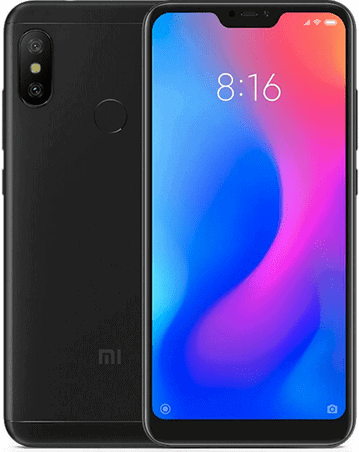 The Xiaomi Mi A2 Lite is one of the two Mi A2-branded Android One smartphones that Xiaomi introduced not long ago. The Mi A2 Lite is inferior to the Mi A2, but it’s also more affordable. The device sports a 5.84-inch fullHD+ display, while it is fueled by the Snapdragon 625 64-bit octa-core processor. The device sports 12 and 5-megapixel cameras on the back, while it also offers two SIM card slots on the inside. The variant that is on offer on Geekbuying comes with 4GB of RAM, and it is priced at only $210.99, thanks to the provided coupon code.

Buy the Xiaomi Mi A2 Lite 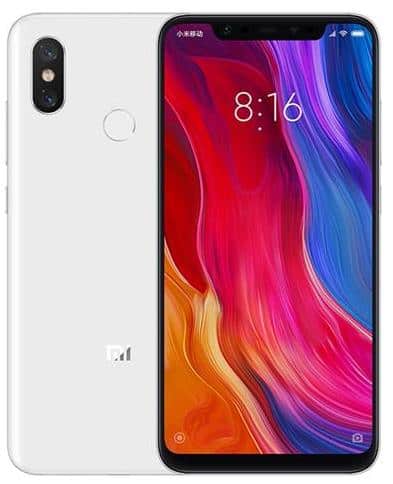 The Xiaomi Mi 8 is Xiaomi’s flagship (one of them), and it’s almost as powerful as the Explorer Edition Mi 8, they’re quite similar. The device is made out of metal and glass, fueled by the Snapdragon 845 64-bit octa-core processor, and it is available in two storage variants on Geekbuying, 64GB and 128GB variants can be purchased. Both of that variants come with 6GB of RAM, and several color variants are available. The Mi 8 variants can be purchased from Geekbuying for only $459.99 and $499.99, respectively, though don’t forget to utilize the provided coupon codes. 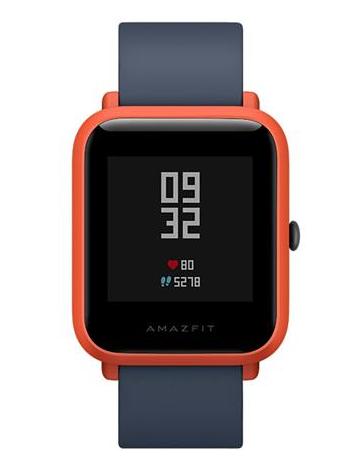 The Xiaomi Huami AMAZFIT Bip is a really affordable smartphones / fitness tracker, if you’re in the market for that sort of a device. This gadget comes with Bluetooth 4.0, and it is IP68-certified for water and dust resistance. The device actually resembles the Apple Watch a bit in terms of the design, while it has a really good battery life. This watch comes with a 176 x 176 resolution display, and Corning’s Gorilla Glass protection on top of it. This watch is now priced at $59.99, if you utilize the provided coupon code, of course.