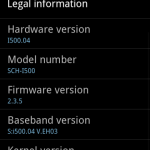 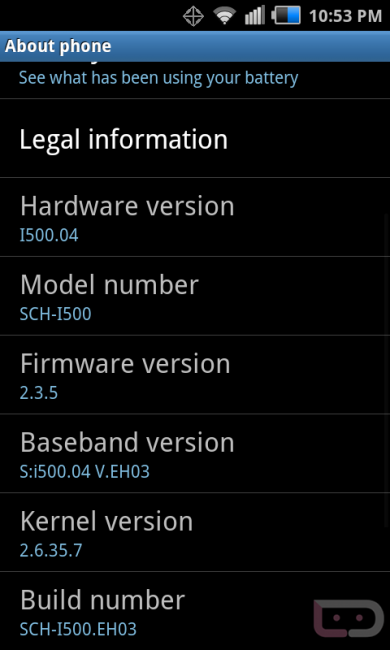 A Gingerbread update for the Samsung Fascinate is just one of those things you kind of assume was already out. After all, the Samsung Galaxy S II launched months ago and most manufacturers have shifted their attention to Ice Cream Sandwich. But things don’t work like that, and the Fascinate has yet to receive its Android 2.3 update. Things are looking better, though. Field testing has reportedly begun for a software build EH03, as the above screen capture provided to Droid Life suggests. The Android version is 2.3.5, a far cry from Android 4.0 but a significant update nonetheless. If all holds true, we should at least see a leak of the new software relatively soon.