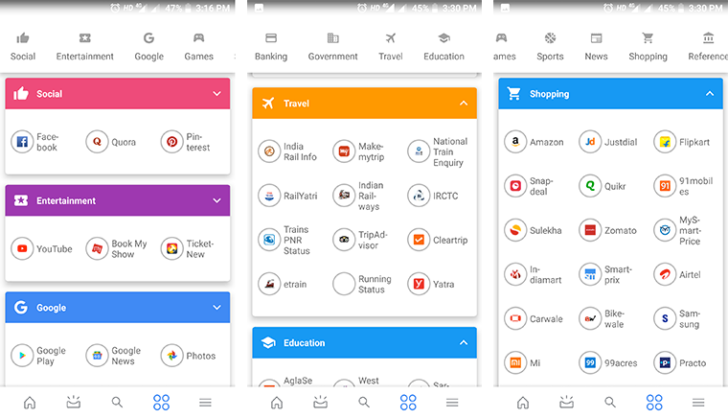 If you feel like you're pretty comfortable with the navigation in the Google app, you'll be sad to learn that a shake-up might be on its way. Google introduced bottom tabs last year, settling on five options: Home, Upcoming, Search, Recent, and a hamburger menu leading to more. The latest UI being tested replaces Recent with a new Top Apps section that looks like it's been borrowed from the Google Go app.

Cody found evidence that could be related in a recent teardown, which pointed to a new section that would be nestled between Recent and Saved in the additional menu. According to several tips we've received, an icon with 4 circles representing Top Apps is appearing as a tab in the bottom navigation in place of Recent. 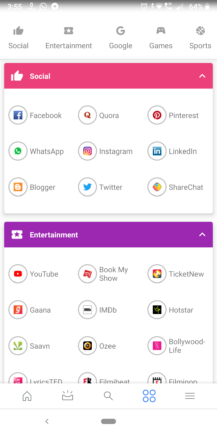 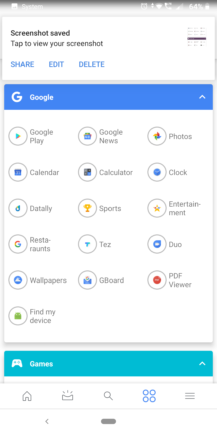 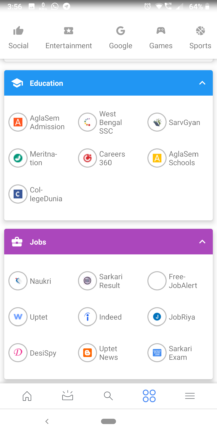 Instead of getting quick access to your latest search and feed activity, you're presented with a long list of recommended apps. Apparently, if you already have an app installed, tapping on it will open it. If you don't, you'll either be taken to the Play Store listing (the case for Snapchat, Google PDF Viewer) or the relevant web app (Twitter, LinkedIn, IMDB). A long-press will add the app to your favorites, situated at the top of the page.

Above all the apps, there's a side-scrolling list of app categories that operate as shortcuts to those areas. All of this looks identical to the 'All apps' list in the Google Go app (below), which could suggest that this new tab is intended for emerging markets. 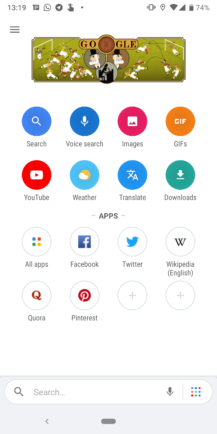 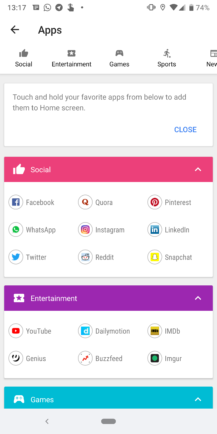 The Google Go app, for comparison.

We've had tips from users in India and Poland so far, with at least one confirming they have the beta version of the Google app. It does seem to be a limited server-side test at present — I have the latest beta and I'm not seeing it — so that adds to the probability that this isn't meant for everyone. To see if you have it, why not download the most recent beta version of the Google app from APK Mirror and try it.