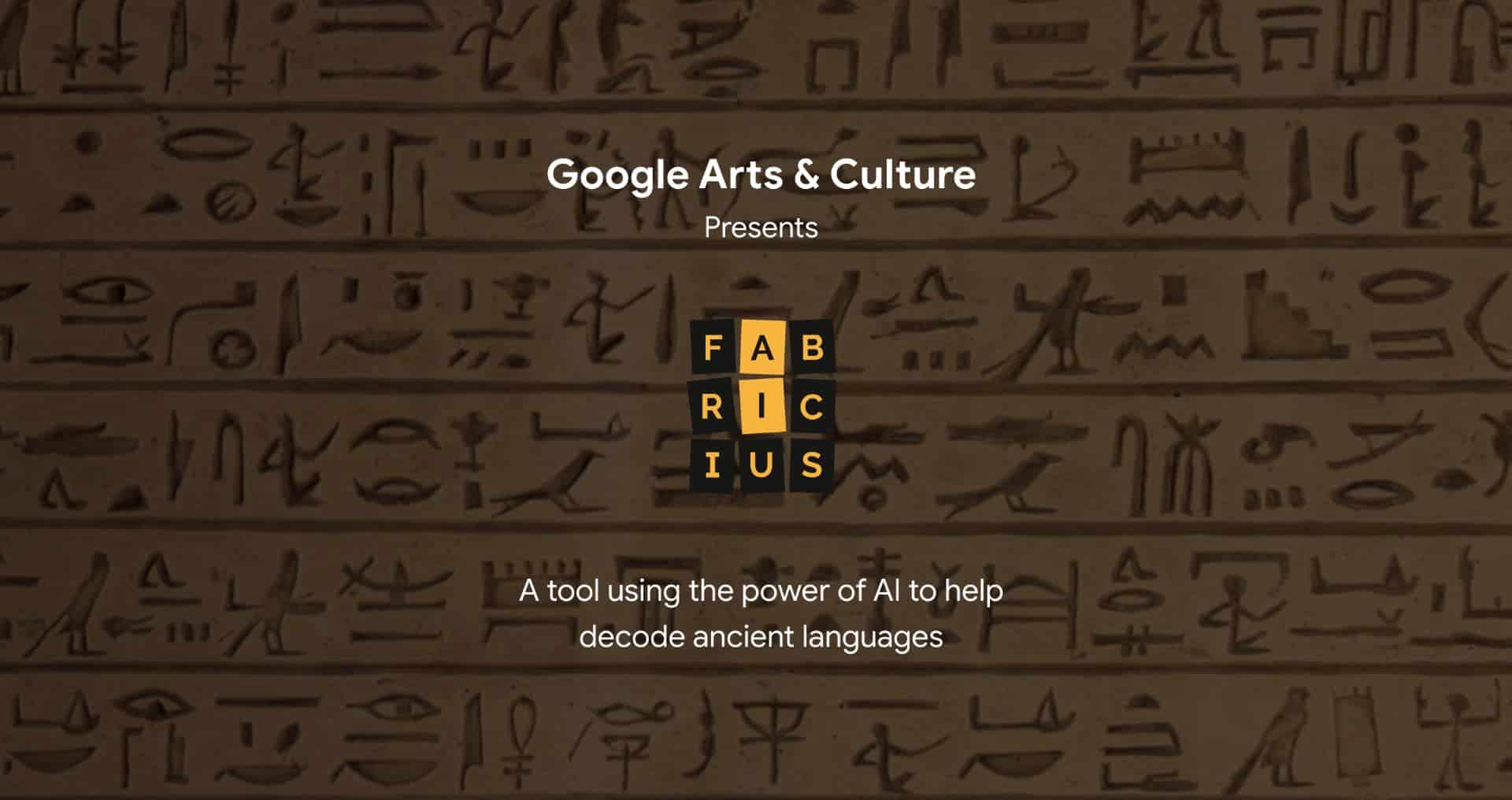 Google Arts & Culture has a brand new Egypt-inspired experience called Fabricius for anybody who might be interested in hieroglyphs. Not only does the new web-based tool allow users to learn about hieroglyphs, reports indicate. Fabricius also lets visitors work and play around with hieroglyphs — including sending them to friends and family.

The first of the three features released on Fabricius is titled "Learn" and is dedicated to just that. The page, when that segment is clicked or tapped, takes users through a six-stage course on hieroglyphs. That includes lessons on both the history and study of the ancient writings. Activities in Learn are aimed at aiding that. So users can draw out symbols and have the results analyzed for accuracy.

But the site's "Play" experience will likely be the most popular. That allows users to type in messages and have them translated to hieroglyphs. Of course, for a plethora of reasons, those translations aren't going to be 100-percent accurate. After all, this isn't just another app for translations. Google bills them as "just for fun" and notes they aren't meant to be accurate at all, in fact. But the results can be shared via social media or a direct link.

Setting aside the less academically correct sharing mechanism and learning, Google also intends this to be used as a tool by experts. And that's tucked in the "Work" segment of the website. But it's also discoverable as an open-source release on Github.

With the tools that are in place, users can effectively decode any hieroglyphs they're having trouble with. At the center of that, of course, is AI-driven machine vision. Google's team programmed the feature to translate hieroglyphs with a higher level of accuracy. The work section, likely due to its more academic-focused approach to hieroglyphs, is only available on desktop platforms.

Fabricius is available pretty much anywhere

Now, Fabricius tools for academics are, as noted above, only available on desktop. But for everything else, it works on either desktop or mobile via a browser. As shown with previous Google Arts & Culture releases, the features here look to be both informative and fun. So anybody and everybody interested in hieroglyphs will want to head over to the Fabricius site to check the features out for themselves.