The Google Contacts Android app is currently in the process of receiving a new update via the Google Play Store which brings the version up to 3.0. The update itself does not seem to add anything new in terms of functionality, besides the usual bug fixes and improvements, although it does fairly drastically change the look of the app.

This is due to the Contacts app now getting more of a ‘Material Design 2’ makeover where the primary changes come from the adoption of a new Material theme. Which in the case of Google, means more white everywhere. As a result, the Contacts app is now even more whiter than ever before, and this also includes the top section of the app, the ‘action bar,’ which currently adopts a blue background. Following the update the action bar is completely white. This white emphasis continues through to the smaller elements of the app. For example while the icons within the menu and settings are not white, they are a lighter in color, this is irrespective of whether they were dark grey or blue before (both are currently in use for those who have not received the update yet). It’s not just the colors that have changed either, with the font also having now been updated to Google Sans.

This change to the Contacts app represents a much wider Google attempt to brings all of its products and services into line with each other. For example, the Google+ Android app pretty much underwent an identical update back in March. Likewise, the latest consumer-available version of Android, Android 9 Pie, has this Material theme at its core with the same font and color emphasis carried through the entire operating system – with the exception of third-party apps which do not necessarily have to conform to the same theme. So for users who are already running Android 9 Pie, or frequent any of the other Google apps that have been updated in this way, this change will probably be less noticeable. As the update is currently being distributed, device owners should expect it to arrive in the coming days, if it hasn’t already. 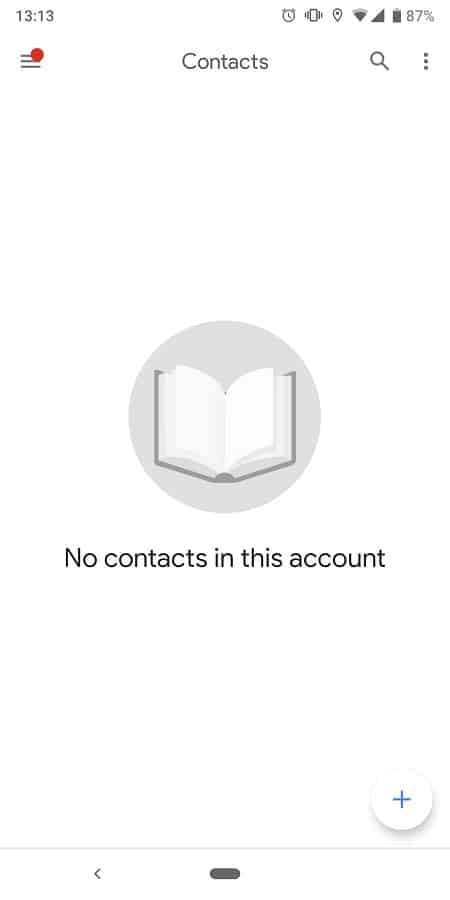