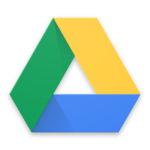 Everybody uses Google Drive, right? Well, no, but we're getting there. Google announced at its Google Cloud Next conference in San Francisco that its cloud storage service is on track to roll over one billion users by the end of the week.

Drive will be the eighth Google product to cross the billion-user threshold after Android, Chrome, Gmail, Maps, the Play Store, search, and YouTube. The Google Drive app passed a billion total downloads several years ago, but it's apparently taken time for all those downloads to translate into users. At I/O 2017, Google said Drive had 800 million users and stored more than two trillion files.

Drive's freshly-minted billion users aren't all paying subscribers, though. Google accounts come with 15 gigabytes of free storage that are shared across Gmail and Drive.