Google is now rolling out some new Explore tab features for its Google Maps app on Android and has highlighted the different functions allowed by the change. As mentioned in those previous reports, the purpose of the new tab is to allow users to explore their local area or one they’re visiting in greater depth. At the same time, it’s designed to curate suggestions for users based on their own tastes and preferences whether that’s for food or an activity. As of today, that new Explore section is being rolled out worldwide for Android users. However, at least one feature will only be available to users in the U.S., U.K., Canada, Australia, and Japan for the time being. Expected to roll out over the coming weeks, the new ‘For You’ tool allows users to follow a city, neighborhood, or location in order to keep tabs on new or trending options. That will also surface any news for eateries or other establishments a user has favorited.

Setting that aside, the new update lets users navigate to their settings to provide Google Maps with information about the food types and restaurants they enjoy as well as those they don’t. With that information, the Explore tab will be able to provide the above-mentioned recommendations for everything from restaurants to bars. That will work regardless of whether the user stays in their home area or travels. Locations are determined by a combination of expertise from locals and the search giant’s own algorithms and can be fine-tuned via filters to ensure that the place chosen suits the occasion or the people who will be taking part. That extends further to allow foodies to track which of the top trending places they’ve tried out or to do the same with their own list such as the top establishments for pie. Meanwhile, similar tools are in place for local activities and events as well, including the same array of filters, photos, and descriptions all laid out on Material Design-inspired cards.

Last but not least, for those who turn on location history, the app can go even further. Namely, it can match users to new locations with a numeric score for locations based on where they’ve already been and whether they enjoyed those previous places. The idea is to save users time in their search for a new pub, Italian restaurant, or venue by providing choices that they’re more likely to agree with. For those who haven’t seen the update yet, the global scale of the launch could result in several weeks passing before the new app lands on every device. 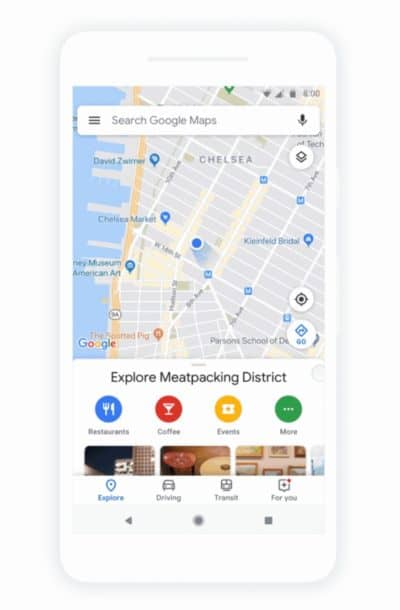 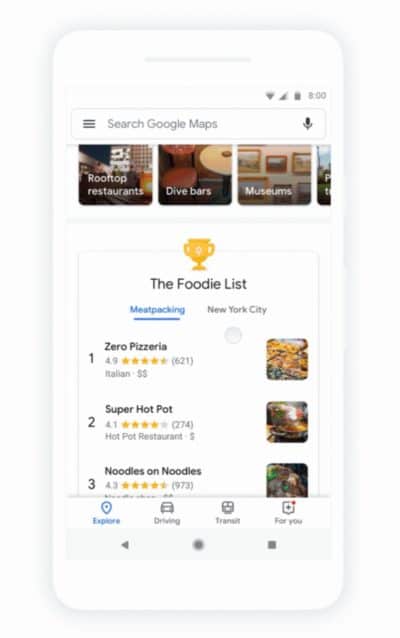 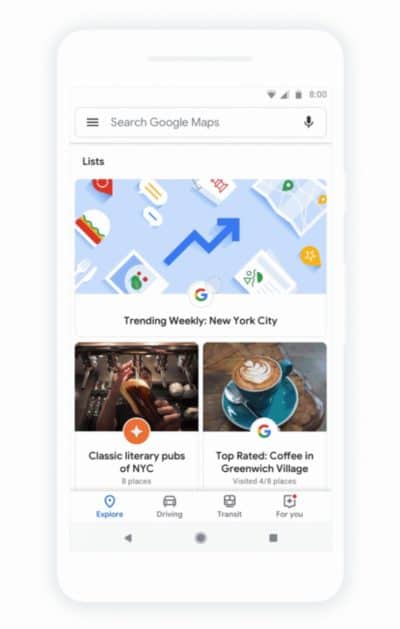 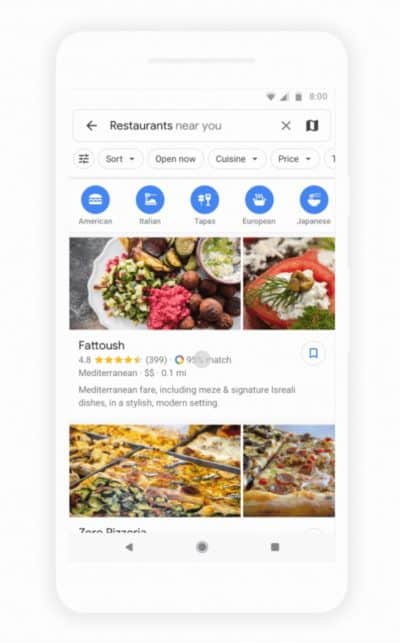 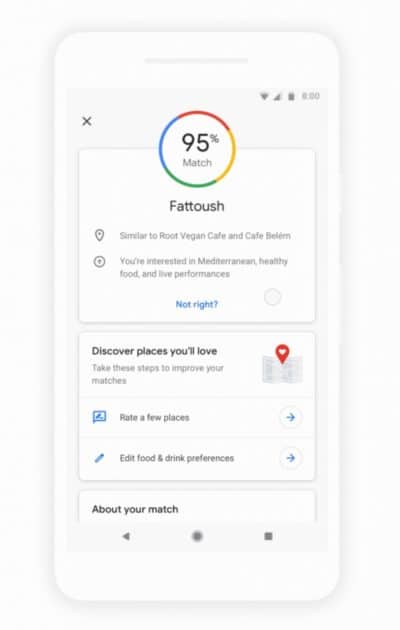 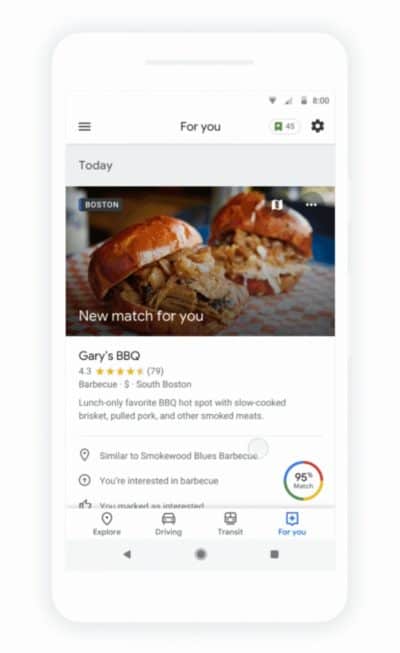 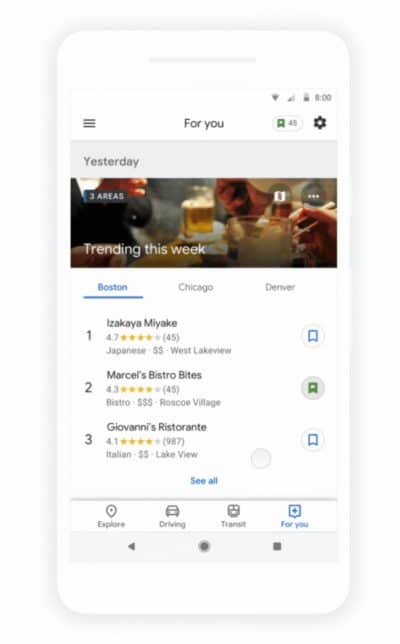