Google Launchpad devs say Nexus 5 and Android 4.4 to be released on October 15 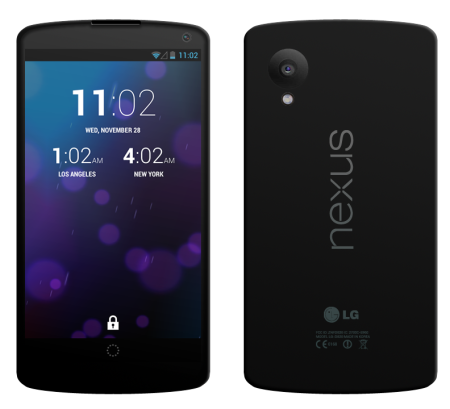 Previous rumors indicated October 14 and as late as October 31 for the Nexus 5 and Android 4.4 Kit Kat announcement, but Google Launchpad devs are saying the date is October 15. Google Launchpad is a ”two-week boot camp for early stage start-ups helping with subjects including user interface, product strategy & technology, marketing, business development and more,” and is sponsored by Google for Entrepreneurs. You would expect that a few Googlers to be at the event, and some of the developers are saying they were told October 15 would be the date.

I am having a hard time believing that we will see the Nexus 5 and Android 4.4 on October 15 unless Google isn’t planning on hosting an event. Assuming they will host an event announcing the products, invitations would have needed to go out 10 days ago. Last year, the announcement of the Nexus 4 and Android 4.2 didn’t take place at an event, but that was because their scheduled event (October 29, 2012) was postponed due to Hurricane Sandy. If Google plans on doing a soft release, than I guess October 15 is in the cards, but I just don’t think they would announce these products without hosting an event.

Come comment on this article: Google Launchpad devs say Nexus 5 and Android 4.4 to be released on October 15