Google Maps 'For you' tab starting to appear for some 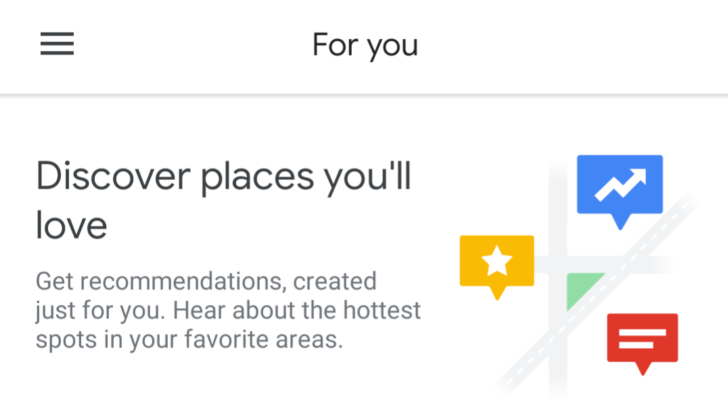 Google announced some personalization tweaks to Google Maps at I/O this year, including a new tab called 'For you' that's meant to provide info about places that are relevant to you, personally. That feature is rolling out to some users now.

We saw signs this change was coming soon in a recent teardown. A Reddit user reported the tab going live this weekend, and I'm seeing it on my own devices, as well. You're able to follow areas you're interested in, and the list will also populate automatically based on your search history. The tab has a nice, modern look to it, in keeping with Google Maps' recent Material Design overhaul. The main view of the tab will show "notable spots this week," which seem to be restaurants and the like that have been in the news lately, as well as recently published lists of attractions in your followed areas. You can also add places to favorites and "want to go" lists, which are accessible from For you. The feature is rolling out now, so expect to see it in the near future.