The folks of The Verge spent some quality time with the Google Nexus 7 tablet, that was introduced yesterday at the I/O 2012 event. Below we also posted a hands on video of the folks of Techno Buffalo, who played with the 7 inch quad core Tegra 3 tablet. They confirm that it’s built by ASUS and you must know that this model costs $199 and will support a 1200 x 800 pixel resolution. 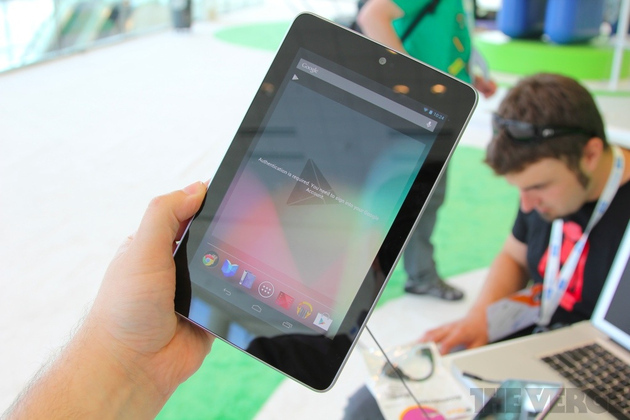 The tablet launches in mid-july and comes with a front camera. It runs Android 4.1 Jelly Bean and it feels very light and looks glossy from what I can see. The device will cost $199 in the 8GB version and $249 for the 16 GB one. It’ll come in black or white and use an IPS panel for the display, plus a 1.2 megapixel to get your Hangouts on via Google+. 1GB of RAM and a 4,325 mAh battery are also on board, as well as NFC. The Verge claims that the slate’s build is solid, there’s  a grippy rubberized back and a metallic silver trim. 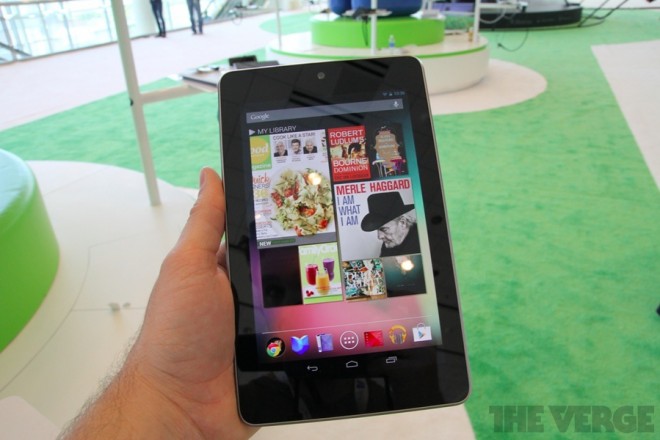 The device is comfortable to hold and the Power/volume buttons on the right side are snappy and responsive. The headphone and microUSB ports are placed at the bottom. Viewing angles are also praised and the glossy IPS screen handles sunlight OK, apparently. The speakers are also described as loud and one interesting aspect is that there’s no camera app on the tablet, so you can launch the front camera from Google+ and other videochat apps only. As far as Android 4.1 goes, it brings Google Now, a feature that turns the phone into an intelligent companion, that keeps track of your location, search results and customs and generates real time data you need. 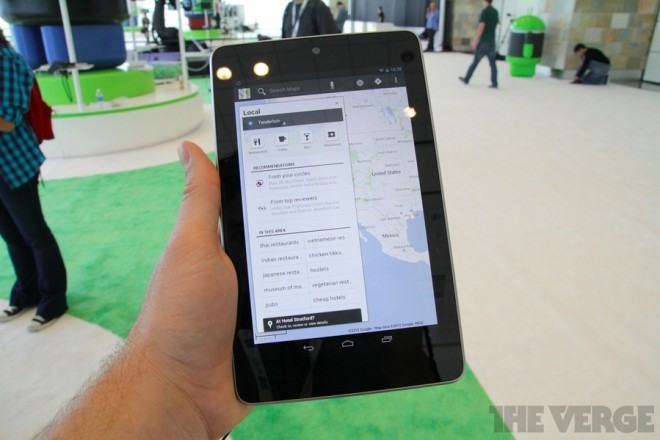 The notification bar has been expanded compared to previous versions and now it shows some subject lines when your email refreshes. You can compress and expand headlines by pinching the screen. Google Now cards appear as notifications in the tray and speech to text has also been enhanced. The widgets and apps are even more customizable now and they will fit the space they’re given on your homescreens. Better FPS has been achieved all over the OS for a snappier experience, that’s felt immediately. Much more can be seen on The Verge’s piece here.