The Google Pixel 2 is set to be a flagship phone, so we’d expect it to be packed full of power, and now a benchmark has provided some evidence of exactly that.

Listed on Geekbench and spotted by PocketNow, the benchmark is for the ‘Google taimen’ - which is widely rumored to be one of the codenames for the new Pixel 2 - and reveals 4GB of RAM and a 1.9GHz octa-core Qualcomm chipset.

That chipset is almost certainly the top-end Snapdragon 835, since 1.9GHz is the speed the slowest four cores of the 835 typically run at, and as the Snapdragon 835 has been rumored for the Pixel 2 before. 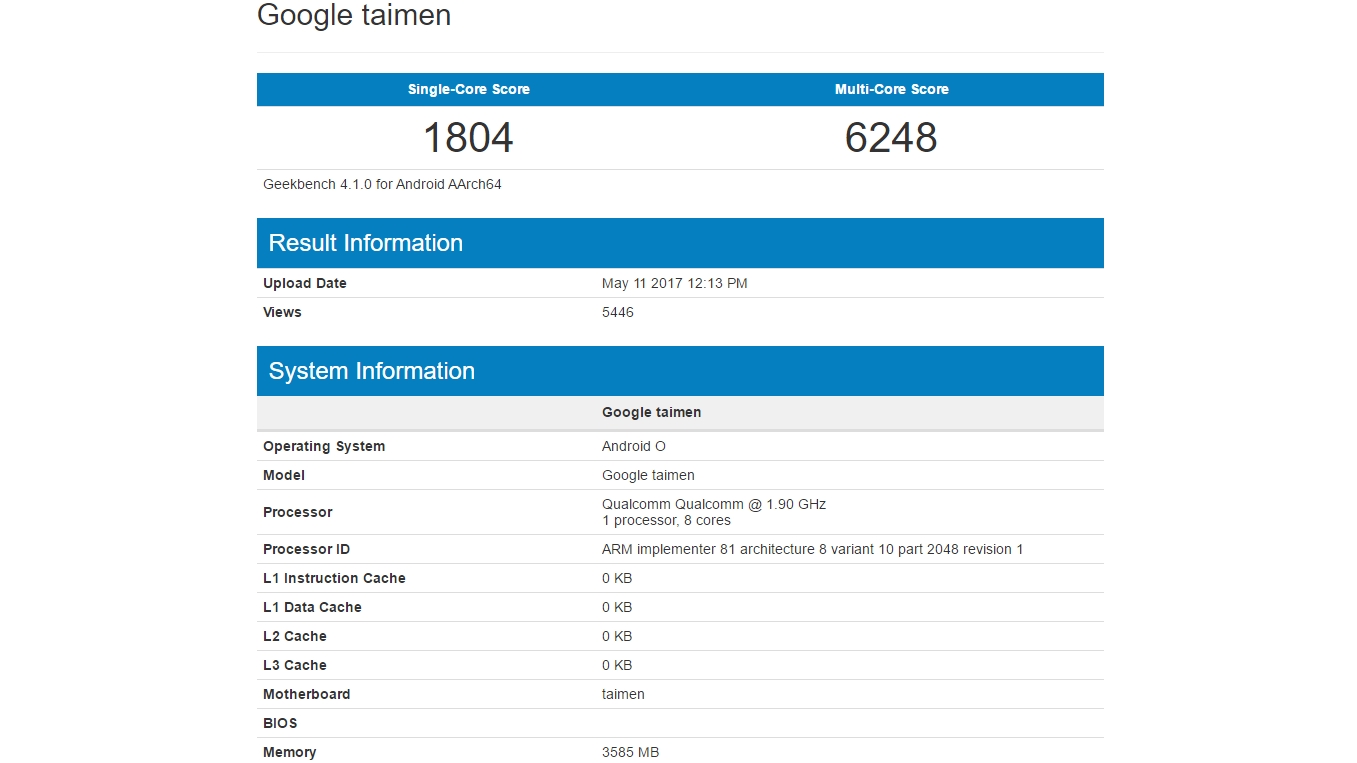 Those specs would combine to make the phone’s power a match for the likes of the Samsung Galaxy S8 and Sony Xperia XZ Premium, at least on paper.

Its multi-core benchmark score of 6248 suggests it will be powerful in practice too, since that’s not too far off the Galaxy S8, which in our own tests scored 6630, and this is pre-release hardware, so the Pixel 2 might score higher at launch.

Though of course, by the time the Pixel 2 does launch in likely October the specs might feel a bit less cutting edge.

Three of a kind

The only other thing the benchmark reveals is that, as expected, the Pixel 2 runs Android O, but it’s worth highlighting the ‘taimen’ codename of the phone, as that’s rumored to be a large, phablet-sized handset (perhaps the Pixel 2 XXL?), which could land alongside the standard Pixel 2 (believed to be codenamed ‘walleye’), and the Pixel 2 XL (supposedly going by ‘muskie’).

So the mention of taimen here is further evidence that a third phone is in fact in the works.

We’d guess that all three handsets would pack similar internal specs though, with the main differences likely to be the screen and battery sizes, none of which are known yet.