Google Pixel 3 & Pixel 3 XL Get Certified By The NCC

The Google Pixel 3 and Pixel 3 XL have been leaking for a while now, especially the Pixel 3 XL, and now both devices got certified by the NCC authority. Both devices had been certified by the FCC as well, a couple of days ago, and this new certification from NCC does not really reveal all that much info, except the fact that the two devices will support 4G LTE connectivity, which is a given.

The Google Pixel 3 and Pixel 3 XL will become official in October, they’re said to arrive on October 9, and thanks to a number of leaks and rumors, we pretty much know what to expect out of those two phones. Both devices will be made out of metal, though both of them will sport a small glass panel on the back. A rear-facing fingerprint scanner will be included on both devices, though their front sides will be considerably different. The Pixel 3 will be a smaller phone, and it will have bezels above and below the display, and no display notch. The Pixel 3 XL, on the other hand, will sport a rather large display notch at the top of its screen, while a ‘chin’ will be included below its display as well. The Pixel 3 XL will be considerably larger than the Pixel 3.

The Google Pixel 3 and Pixel 3 XL will both be fueled by the Snapdragon 845 64-bit octa-core processor, and if benchmarking listings are accurate, both devices will include 4GB of RAM. A single rear-facing camera will be included on both devices, but it’s still unknown what sensor will Google utilize. The Pixel 2 and Pixel 2 XL are still regarded as the best, or one of the best, camera smartphones out there, so expectations are quite high for the Pixel 3 and Pixel 3 XL. Both devices are expected to come with OLED displays, while Android 9 Pie will come pre-installed on both phones as well. 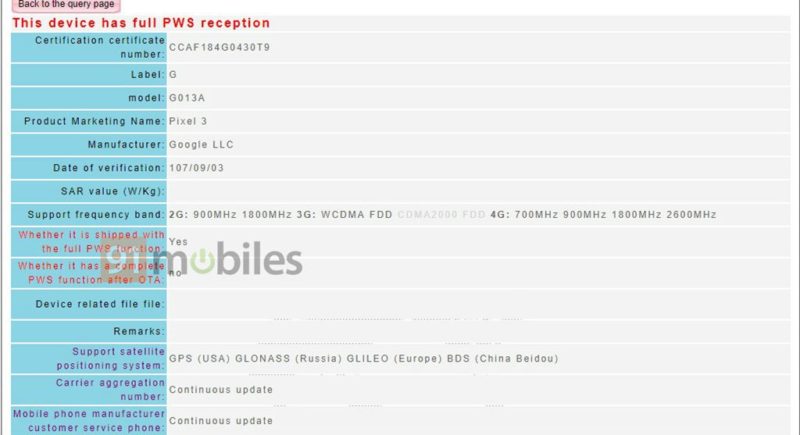 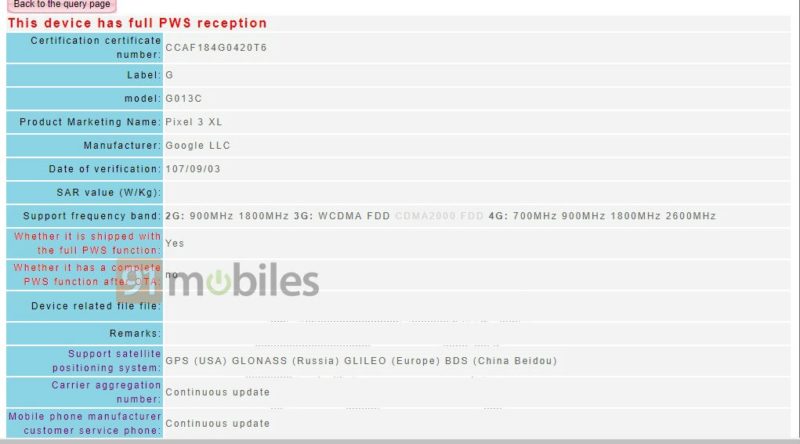 The post Google Pixel 3 & Pixel 3 XL Get Certified By The NCC appeared first on AndroidHeadlines.com |.