Google Pixel 3’s Stand Will Do More Than Charging, According To Leak

The Google Pixel 3 (and 3 XL) is expected to arrive with a number of new accessories, one of which is highly anticipated to be a “Pixel Stand” which much like most stands and docks nowadays will facilitate wireless charging for the new Pixel phones. However, a new leak now seems to indicate the charging properties of the Pixel Stand is just the beginning.

Through the use of the Google app, XDA-Developers were able to obtain screenshots (shown below) denoting how the new Pixel phones will react once they have been placed in the Pixel Stand. As the images show, the phones will likely activate a Google Assistant UI which is different to how the phone would operate normally. This was actually suggested as a possibility when earlier details about the Pixel Stand came to light, although at the time those details were more speculative than anything else. With these UI screenshots adding far more weight to the likelihood of the in-dock UI changes.

When a Pixel Phone is placed in the Pixel Stand it will change the display to an interface which adopts much larger tabs that indicate the various actions the user can command Google Assistant to comply with. These commands are expected to be usable regardless of whether the device is locked or not, although this is actually likely to be more the case of the device never properly being locked when docked, due to the Pixel 3 recognizing the stand as a “trusted device” each time the two are engaged. In many ways, it could be suggested the logic here is when the Pixel 3 is docked it will begin to emulate an almost identical level of functionality to a Smart Display. As while Smart Displays can be interacted with by touch, they are primarily Assistant-oriented devices and do many of the features listed in the images. Likewise, the interface shown below is very much in line with the style used by Smart Displays in general, further suggesting this is the approach Google is taking with the dock. Although until Google announces the Pixel 3, the Pixel Stand and any software tweaks facilitating the two, the details here and shown in the images below are subject to change. 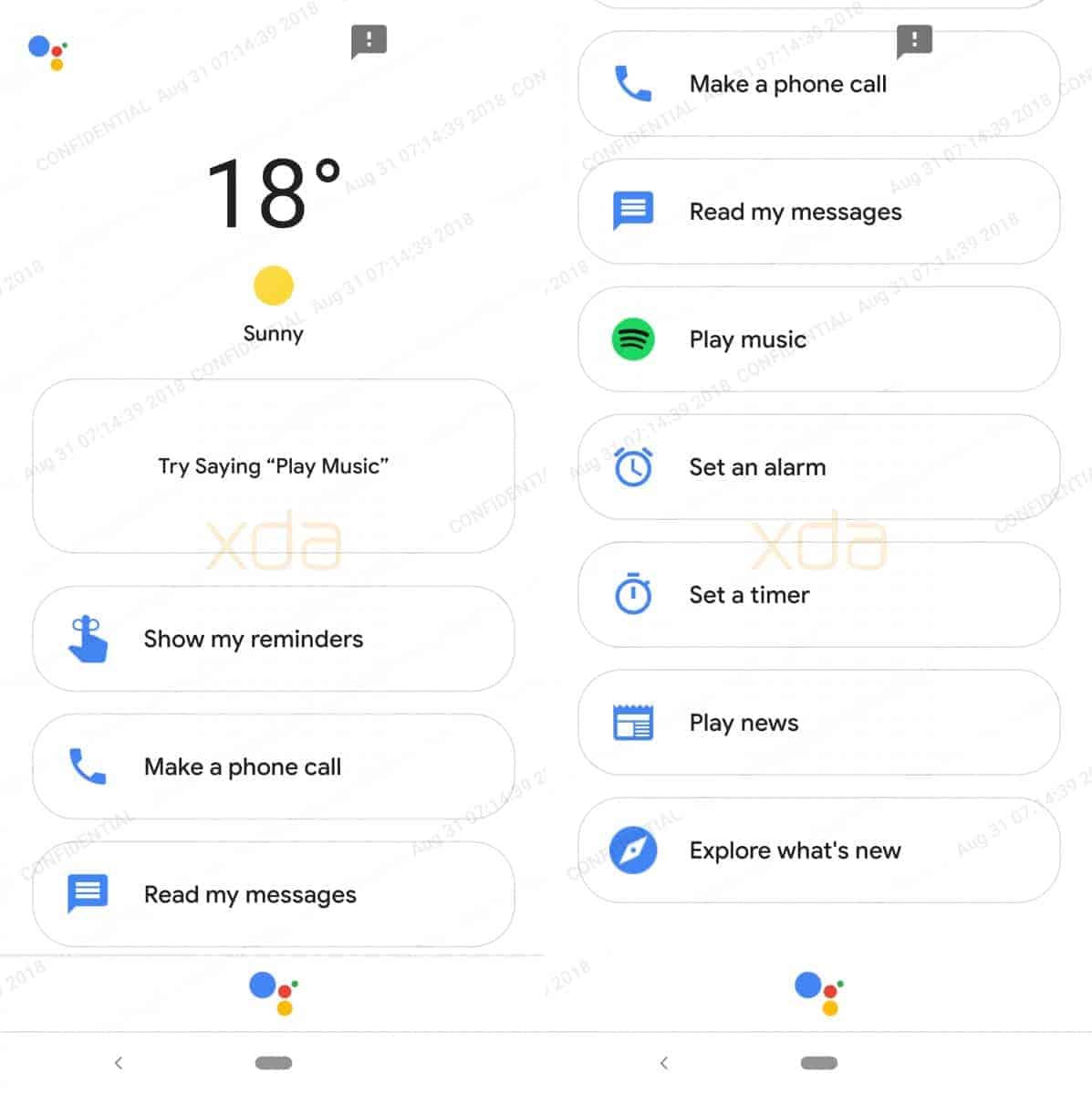 The post Google Pixel 3’s Stand Will Do More Than Charging, According To Leak appeared first on AndroidHeadlines.com |.