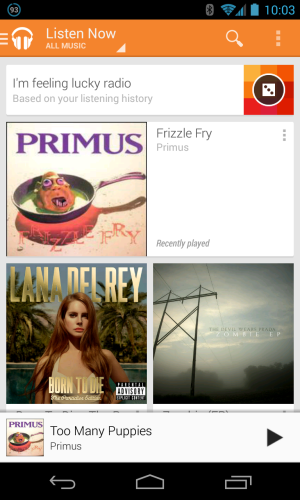 It wasn’t long ago that Google rolled out a version of the Play Music app which allowed genre-based radio on our Android devices and now they’ve just kicked off another phase of the application offering an “I’m feeling lucky radio” feature.  The apk, version 5.3.1233L, will slowly be rolling out to all devices (if not already) and will allow one to have the app suggest and play music based on your previous selections. The auto generated radio station will be a welcomed addition as many who aren’t sure what they’re in the mood for can allow the app to choose for them based on what they like most. As of now, it’s being reported that a “mix of everything” functionality is kind of missing and it tends to only play mostly from the genre you play most but we have high hopes for the app and that the functionality will be quickly integrated. Do you think the app has what it takes to be a Slacker and Pandora killer? With the All Access feature and now the I’m Feeling Lucky Radio functionality, we think it certainly has the potential to claim a stake in the market. Feel feel to drop your opinion in the comments below.

Update: The apk should be available for updating via the Play Store now if you haven’t received it already. 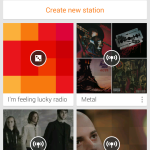 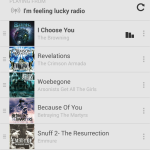