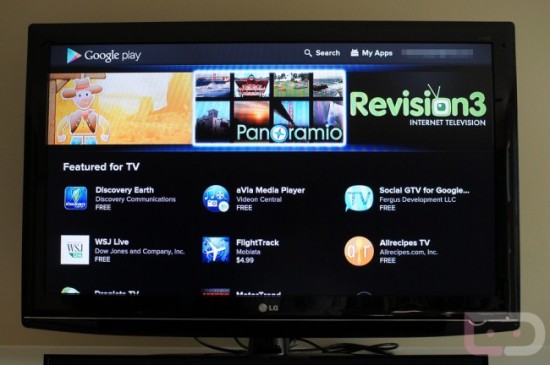 The transition from the Android Market to Google Play Store has begun on a handful of Android devices. The new name and logo have begun appearing in place of Google’s old app and media marketplace on the Samsung Galaxy Nexus, Motorola XOOM, and Google TV hardware. The Google Play Store is identical in most ways to the existing Android Market build. The name change marks the only noticeable difference. Cherish your Android Market while you can, because once this rollout reaches all devices it looks like it will be phased out of our lives for good. 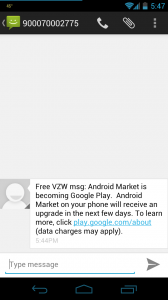 Update: We have received reports of the Google Play Store now appearing on the Droid Bionic, Droid 2, and other devices. We’ve also been alerted to a text message Verizon is sending to their customers notifying of the change from Android Market to Google Play. Is it a coincidence that devices receiving the Google Play Store all share Verizon as an operator?