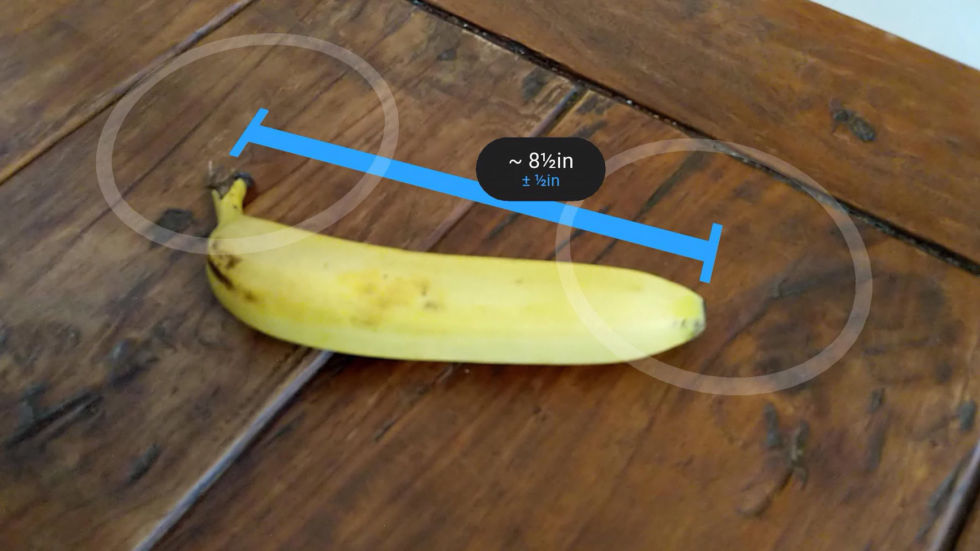 Back when I tested Google's first augmented reality product, Project Tango, one of my favorite use cases was the Google Measure app. This would turn Tango's bevy of extra sensors into a virtual tape measure, allowing you to roughly pick any two points in the world and get the distance between them. When Project Tango died, I figured the Measure app was done for too, but Google has resurrected the app for ARCore, its new, post-Tango augmented reality framework that works on many high-end Android phones.

Tango used a time-of-flight camera, an IR projector, and a fish-eye motion camera to measure things, but now with an ARCore-compatible Android device, you can run the exact same app with normal smartphone hardware. Just point the phone at something, drag out either the "length" or "height" measurement tools onto the camera feed, and adjust the end points to measure something. When you first open the app, you have to move the phone around so it can scan the surrounding area. This isn't a fast process and can be a bit of a pain when you just want to measure something.