In short: Google has now confirmed the global availability of its Voice Access Android app. As a result, all Android device owners should now be able to download the app from the Google Play Store and make use of voice commands for advanced control of their devices. In spite of the global release, Google has confirmed the app currently only supports commands given in English, although the company does plan to add support for additional languages in due course.

Background: Voice Access is not new in itself as this is a project Google has been working on for a number of years considering instances of the service popped up during the company’s I/O event back in 2015, followed by the availability of an open beta version of the app in 2016. However, since then the app has continually been improved with feedback provided by users to the point where Google is now ready to officially launch the app on a global scale. In effect, this is a completely different and more thorough product than what has been offered before.

Impact: While there are obvious accessibility benefits to everyone when it comes to voice commands, Google does in particular highlight the benefits this service will offer to those with motor and mobility impairments by providing those users with a much improved level of control over their devices. This is in many ways the exact purpose of the new app as it’s designed to work in conjunction with Google Assistant which already provides voice control support. Therefore, the difference is in the more granular level of control that is now available. As once the app is installed the user will be able to access and control even the most system-buried settings and features, and this is in part achieved by the app’s ability to assign everything it sees on the screen a numerical value. This then allows the user to simply instruct the phone with a voice command in relation to the relevant number. In the image below, for example, while users could just say “go home” to go back to the home screen, they could just as easily say “click 3” and the same action will be initiated. This approach will largely be the same throughout the phone’s entire user interface making it a full and robust voice control solution. 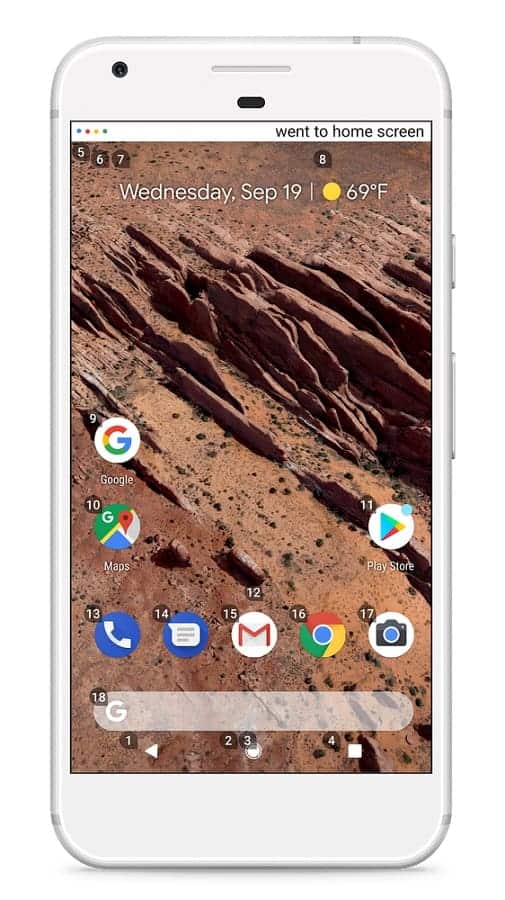