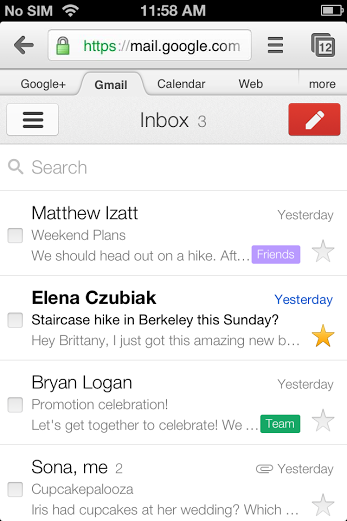 Gmail users might want to check out the mobile web version of the email service after Google announced an update to the interface today. The latest update introduces several design cues found in the iOS Gmail app to the web interface for mobile devices. Google made the changes after receiving so many comments from Android users who saw the redesigned interface released by Google this past December for iOS devices. In addition to the interface changes, which closely follow Android design guidelines, the mobile web app includes better search capabilities and integration with Google Calendar.

You can check out the new interface by firing up your favorite web browser on your Android, Blackberry, or Kindle device and heading over to gmail.com. You can also get a feel for the new interface if you use the Gmail Offline Chrome extension on your computer.