Google updated the YouTube app for Android devices with new digital wellbeing tools coming as part of a wider, self-titled initiative from the company first introduced at its annual I/O developer conference in May. The new additions are coming in the form of a profile interface that users can access from their account menu and learn how much time they’ve spent watching YouTube videos over a predetermined period. The current version of the service allows users to look at their statistics for the past 24 hours, yesterday, and the ones spanning the last seven days. Google didn’t clarify whether more options are meant to be added in the future but that may be a realistic possibility, with the company already signaling its Digital Wellbeing program is still in its early days but is intended to be a staple feature of its consumer-facing products and services moving forward.

Much like its name implies, the Digital Wellbeing initiative is aiming to ensure all time invested in Google’s solutions is time well spent, allowing users to realize how reliant they are on such apps and other technologies so that they can adjust their digital presence accordingly, with the ultimate goal being striking a healthier balance between smartphone and general gadget use and other things in life.

YouTube users can set usage limit reminders as of recently, with the app being capable of notifying them when they’re close to exceeding them. The Android version of the video service can also be set up to not send notifications in real time and instead bundle all updates in a single notification being pushed out once per day. Google is quick to remind users that YouTube notifications can be muted or turned off altogether over a custom period of the day. The Digital Wellbeing initiative is presently only encompassing some apps, whereas its wider operating system implementation that’s set to debut with Android 9 Pie is currently in beta and won’t be officially released until this fall. 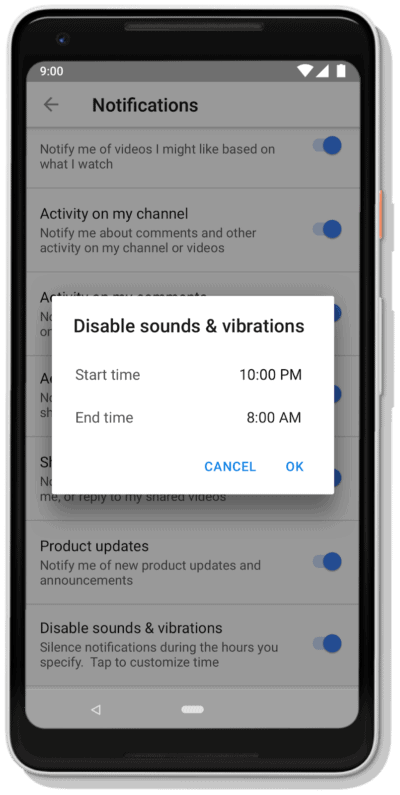 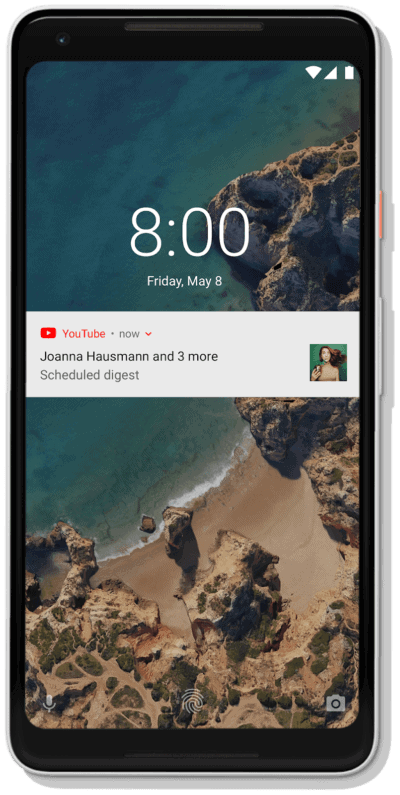 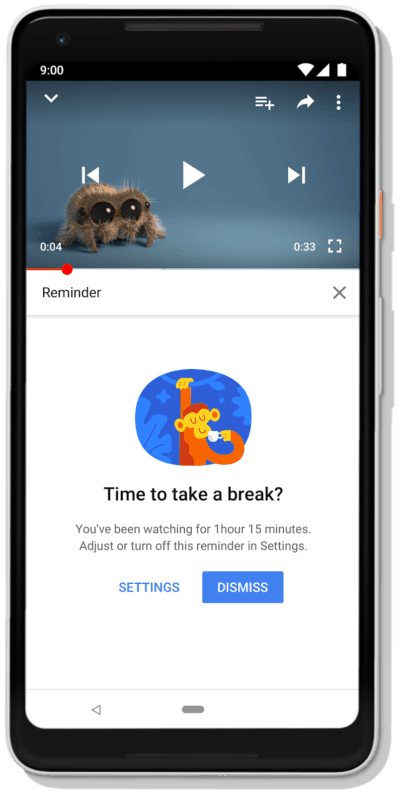 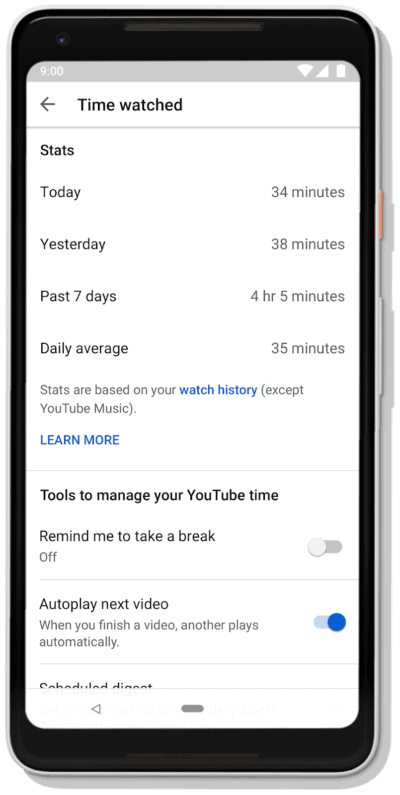