A number of former Google Wallet features that are presently offered as part of the Google Pay Send Android app will soon be making their way to Google Pay itself, much like the tech giant promised after rolling out its unified payment brand this winter. As first discovered by one British app creator and later confirmed by XDA Developers, most functionalities of Google Pay Send — which is how the company is now referring to its temporary standalone successor to Google Wallet — already work within the Google Pay app even without the former being installed.

The list of currently supported capabilities includes peer-to-peer payments which are even said to be working in the United Kingdom, which is a novelty given how the Google Pay Send them app still doesn’t support them in the European country and given how it was always intended as a stop-gap solution until Google completes its unification efforts, it likely never will. The feature still adheres to other limits that restricted it in the past, with the most significant one being the £30 cap on transactions in the UK. The Mountain View, California-based tech giant apparently still hasn’t started large-scale deployment of Google Pay Send features within the main app as most users around the world still aren’t seeing them. Once the functionality becomes available, you’ll be able to take advantage of it by opening the “Send Money” tab that will appear as part of the bottom toolbar, as seen in the screenshots below. The same panel also allows users to request payments, with that option being provided to both individuals and groups.

Google Pay launched in Germany just several days back, thus entering the largest economy on the Old Continent, with the Alphabet-owned company already partnering with four local banks and a dozen retailers on the latest expansion of its digital payment ecosystem. The most recent version of the Android app can be downloaded by referring to the Play Store banner below, with the service also being available on iOS and via desktop internet browsers. 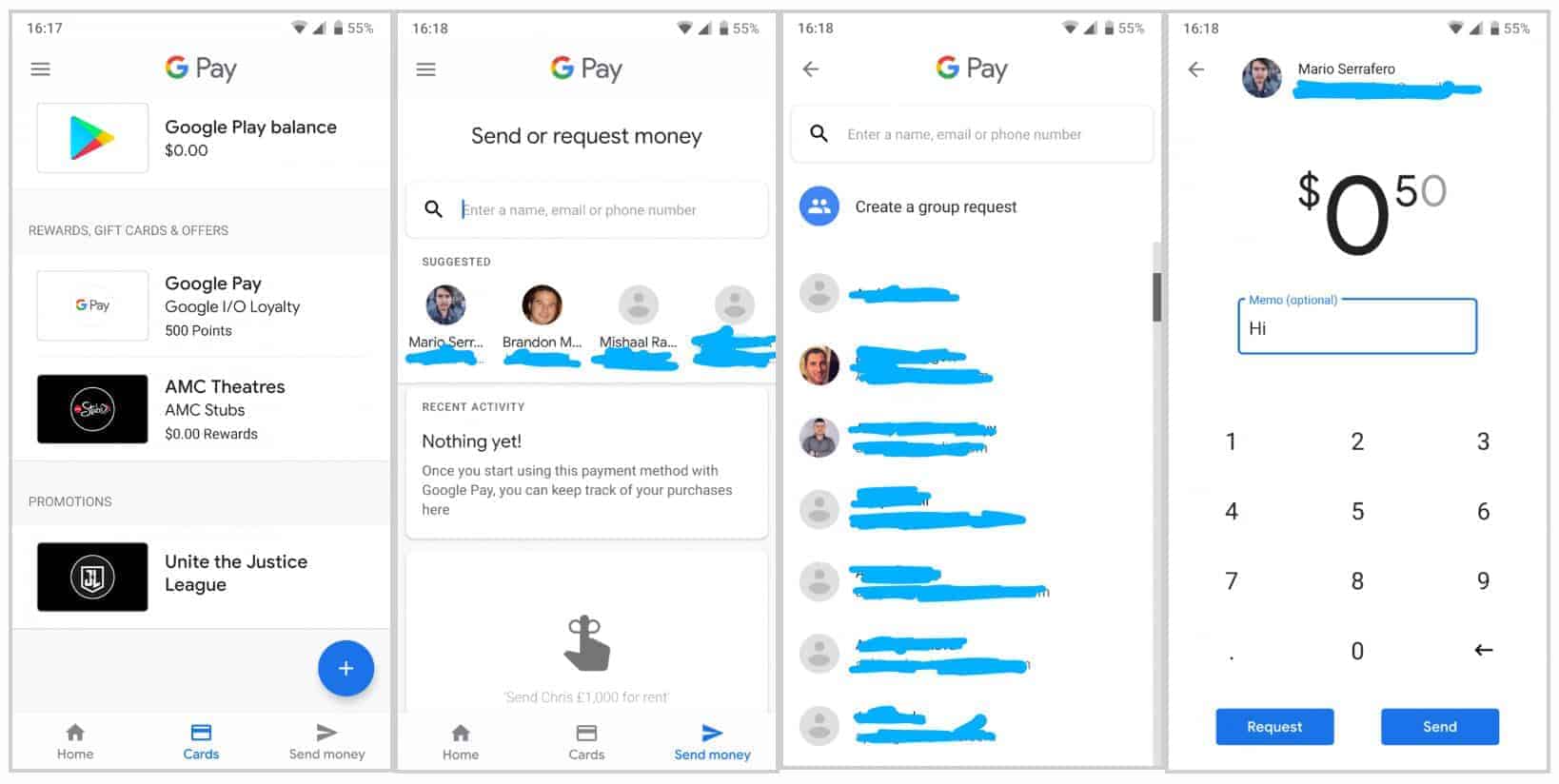