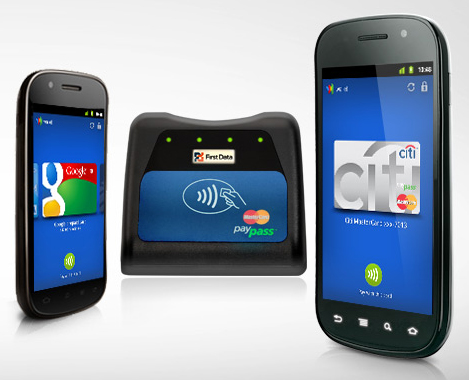 By now, much of the world has heard all about Apple Pay, Apple’s newly launched NFC-based mobile payment service. It’s not too unlike Google Wallet, another NFC mobile payments system Android users have been enjoying for the past 3 years now and despite being as easy to use as Apple Pay, has failed to hit the mainstream. But Google’s not mad. In statement from Sherice Torres, Google’s director of marketing for commerce, she says:

“We got into mobile payments because one of Google’s main goals was to expand the use of Wallet to replace cash. Anything that that encourages people to try to use their phones is good.”

It doesn’t help that Google hasn’t really advertised Wallet much, nothing like what we’ve seen Apple and credit card companies have done with Apple Pay (see above example). Outside of the initial George Costanza wallet video, you’d be hard pressed to find a single ad talking about Google Wallet. But that will soon change.

Now that Apple Pay’s 220,000+ retail supporters will already have NFC-based credit card systems in their stores, Google will ride its momentum by spreading the word about Google Wallet with a new ad campaign launching later this year. Although specifics about the ad campaign weren’t mentioned, we’re guessing Google will take the opportunity to educate Android users in the fact that Google Wallet can also be used at all the same places as Apple Pay. And while Apple Pay is limited to specific credit card issuers, Google Wallet is compatible with all bank and credit cards.

It’s exactly as we said in a post a few weeks ago — now that Apple Pay is spearheading NFC payments, you’ll finally be able to use Google Wallet in a lot more places.