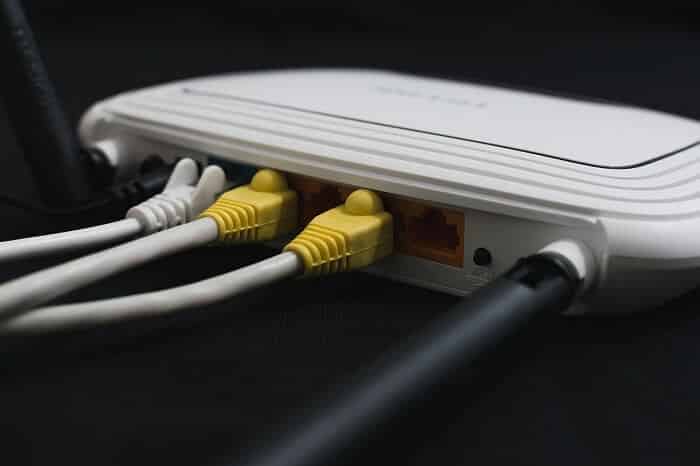 WiFi has made it possible to be connected anywhere. However, there are instances wherein a large area would have dead zones. While a conventional router can be used, it won’t be effective in homes that have numerous walls and multiple floors. A reliable mesh router system is needed in this case.

Mesh routers does away with WiFi dead zones by broadcasting WiFi signals from multiple access points. This system has one point that’s linked to the modem while the other points or satellites are scattered around the area. They capture the signal and rebroadcast it, thereby ensuring that you can connect to the internet wherever you are.

There are other benefits to using a home mesh router system. For one, it is easily managed via a mobile app. You can scan internet speeds, cut of the connection to specific networks, and connect to smart home devices. What’s more, you can manage this even when you’re away from home. A mesh router also has a streamlined connection and comes with good security support.

Mesh routers are relatively new, but several companies have already made a mark in the industry, like the Eero, Google WiFi, Linksys, Luma, Netgear and Plume. So which home mesh system is the best for you. Read on as we stack up Google WiFi, Orbi, and Eero.

Must Read: Smart Tech and Gadgets for Your Home That Are Better with Android 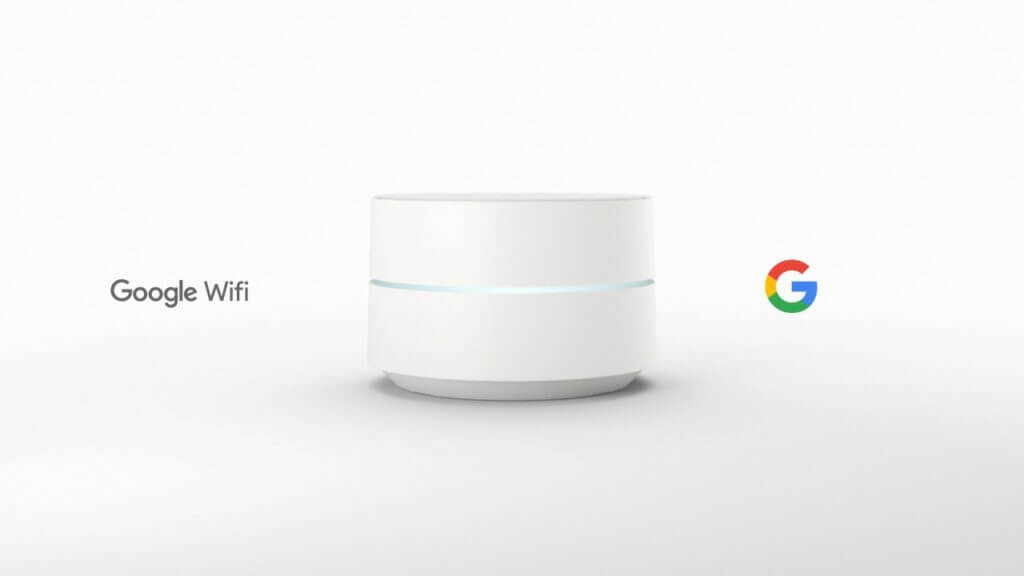 Google WiFi has one of the most beautiful mesh routers.

Google has always been on the forefront of innovation, and the home mesh router market is no exception. Google WiFi is one of the first mesh kits to rollout in the market and despite its age, the device can still handle large homes with an impressive performance.

Google Wifi also utilizes beamforming technology, which routes the devices automatically to the strongest signal available. Is Google WiFi good for streaming Netflix and Hulu? Absolutely! Users can stream 4K videos even if they’re watching in the basement. Gamers will also have no problems with playing Overwatch or Fortnite simultaneously, thanks to the device’s traffic prioritization feature.

Must Read: How Will YouTube TV Work on Android

When you compare the Google mesh WiFi vs Orbi, you’ll find that Google Wifi can be set up much easier and more quickly than Orbi.

The Google mesh router also has a highly most intuitive app that lets users manage each point, test speeds, and set up guest networks.

It runs on both Android and iOS and also has some of the best security features in the business, with encrypted firmware that’s regularly updated and TPM for authentication.

The Google WiFi is also a beautifully designed device, with each point shaped like a hockey puck. It’s also one of the more affordable home mesh router systems, with a three router kit coming in at less than $260 and individual routers priced under $100.

Must Read: 5 Best WiFi App for Android to Connect Constantly 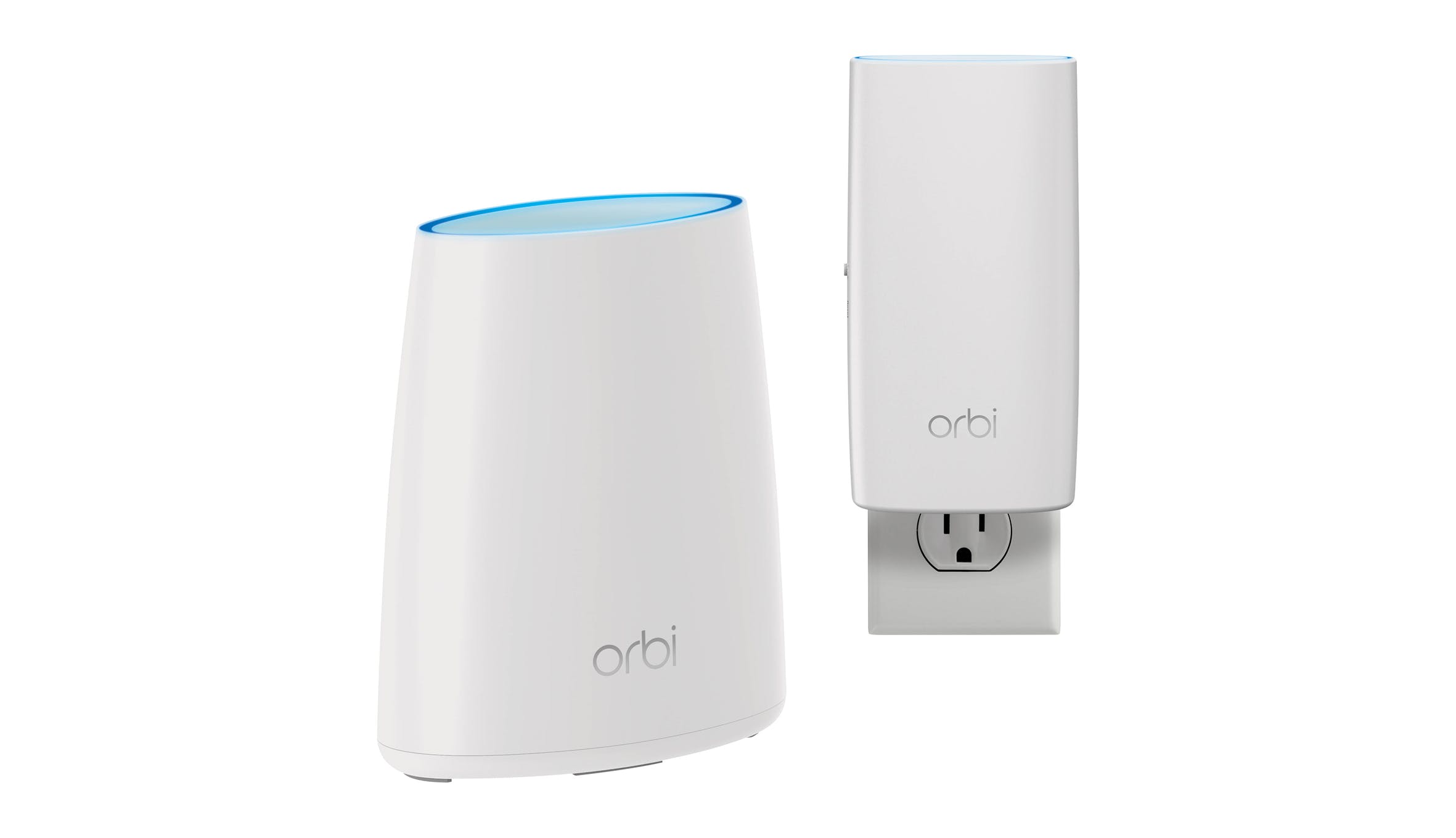 Netgear has been in the router business for a while now and its second-generation Orbi mesh systems are setting the pace in terms of range, great performance, and a reliable backchannel that smoothly feeds data to its extensions.

There are several Orbi models to choose from. All are easy to set up via the Orbi mobile app or online interface for Macs and PCs. 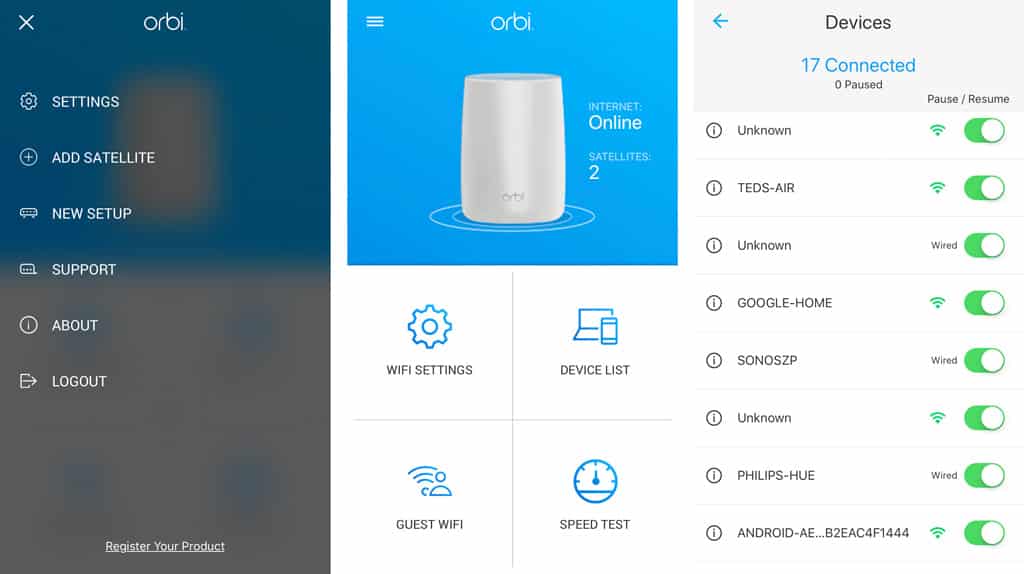 Adding another router will garner another 2,000 sq ft of coverage, and you can fill in any dead zones with the RBK30 Wall Plus Satellite. 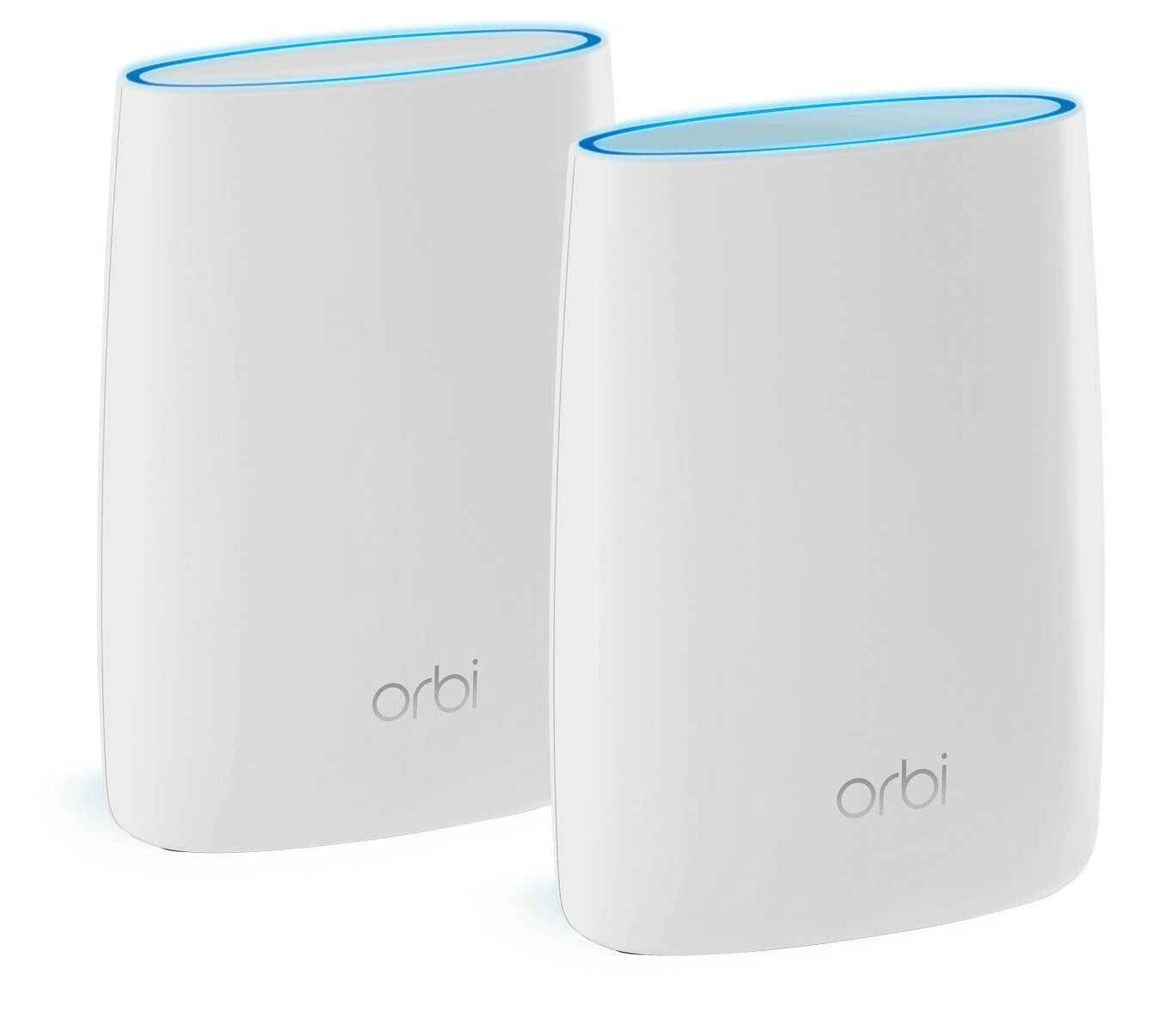 When comparing the Google Wifi vs Orbi RBK40 in terms of size, the RBK40’s 8.0 x 6.4 x 3.1 inches easily dwarfs the Google WiFi pucks. However, the four LAN ports more than makes up for its size. 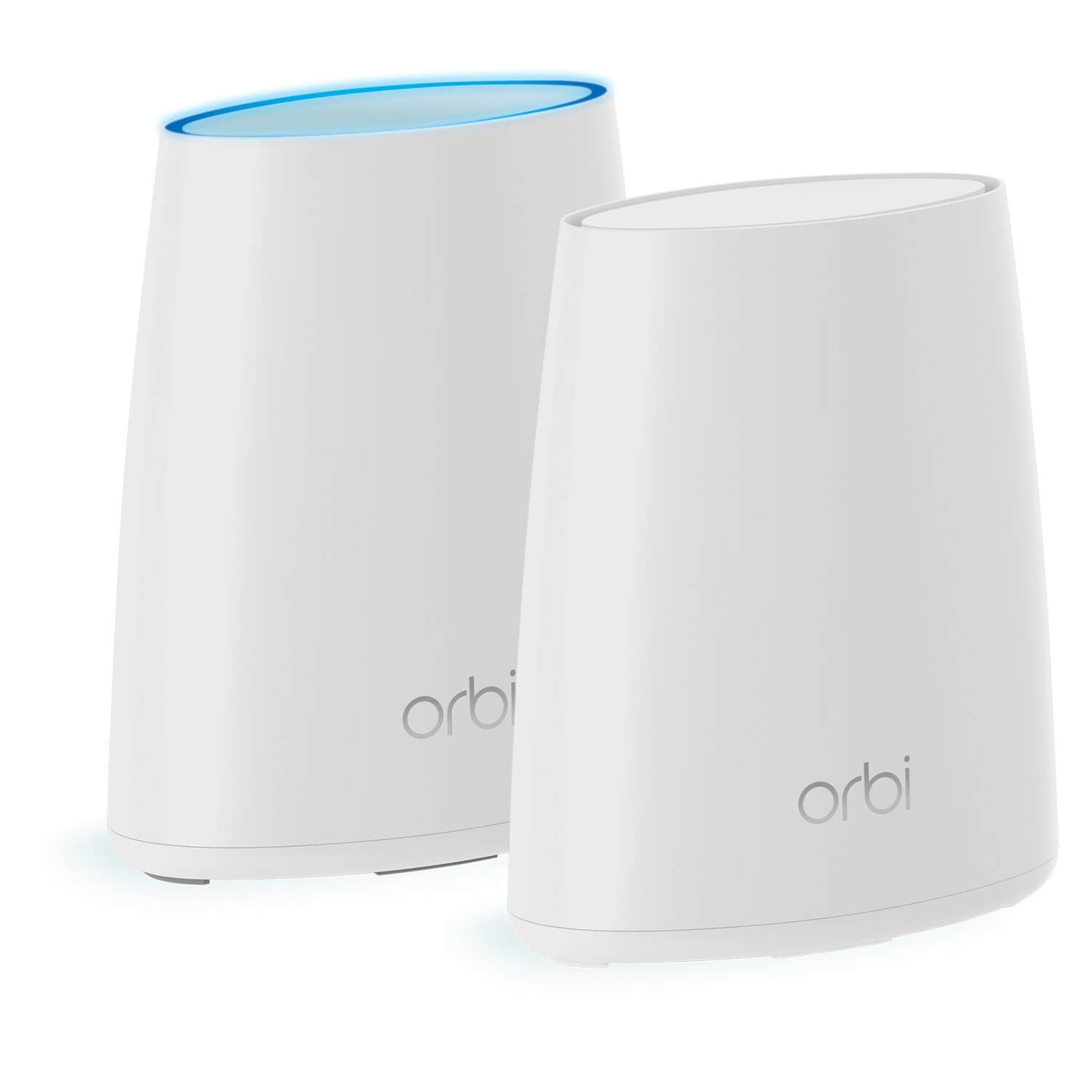 There’s also a major difference in Google Wifi vs Orbi speed, with the latter outpacing the former. But price-wise, the two devices are pretty much the same, with a two-pack Orbi kit coming in at $281.

If you break the Google WiFi vs Orbi vs Luma by design, the Orbi is a veritable tower compared to the two. Despite the size, the oval cross-sectioned design has a sleek look to it.

Each unit has color-coded LEDs that indicates what’s happening to the device. When it’s stating up, the Orbi glows white around the oval and blue when all systems are good. A weak connection turns it amber and a magenta color means you have lost your internet connection.

Must Read: How to Use Your Android Phone as a Modem (4 Methods) 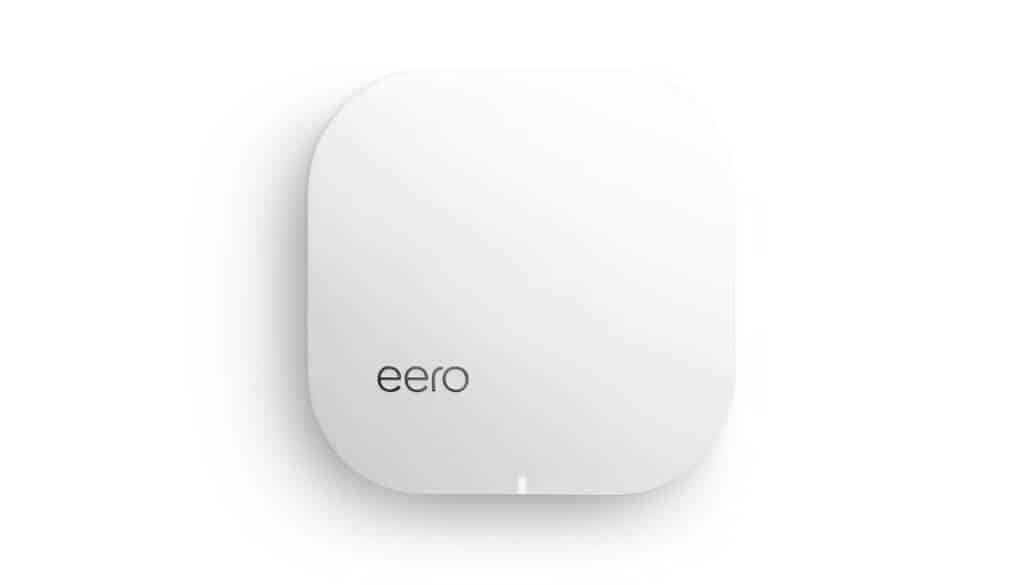 Eero mesh systems are easy to set up.

Most mesh router systems are usually easy to set up, and the Eero is one of the simplest ones to set up. The company boasts that you can have their system running in a few minutes and countless reviewers have testified to that. It’s not surprising coming from one of the first companies to release a consumer-grade mesh router system.

Setting up the Eero just requires that you connect it to your modem using an ethernet cable. Once that’s done, just wait for the indicator light to turn blue and then follow the instructions on the app. You can also manage every network, create a guest one, or test internet speeds through its mobile app.

The Eero also has a beautifully designed mobile application which is essential to the whole operation. 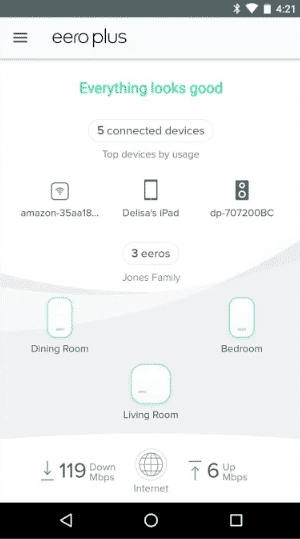 The app will guide you through the whole process using easy to understand instructions. The company’s choice of language is so friendly and simple that even those with minimal knowledge of networking expressions will be able to get it.

Must Read: How to Resolve T-Mobile Network Problems

The most popular Eero home wifi system comes with three units – a router and two beacons. However, Eero also offers a system with one of each and one with three Eero Routers, as well as individual routers and beacons to help you configure your home mesh router system the way that you want it. 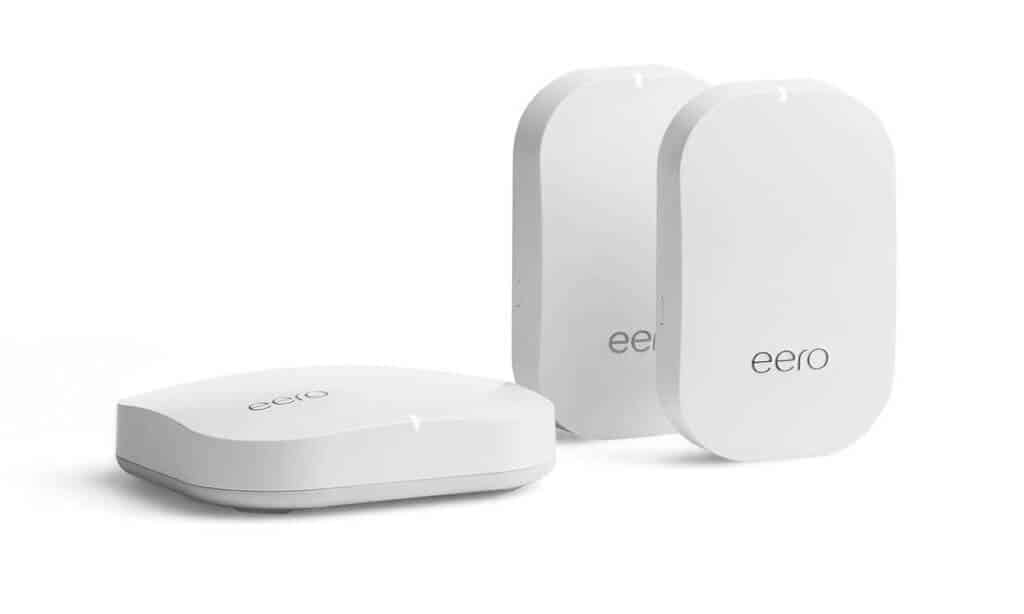 The Eero router measures 4.76 x 4.76 x 1.26 inches and is white with a high-glossed top and matte edges. It’s powered by a 1GHz dual-core CPU, an AC1200 WiFi circuitry, and five internal antennas that all work together to ensure stable and fast connection throughout the area.

Each Eero Beacon measures 4.76 x 2.91 x 1.18 inches with a similar design to the Eero router and has a built-in LED nightlight. 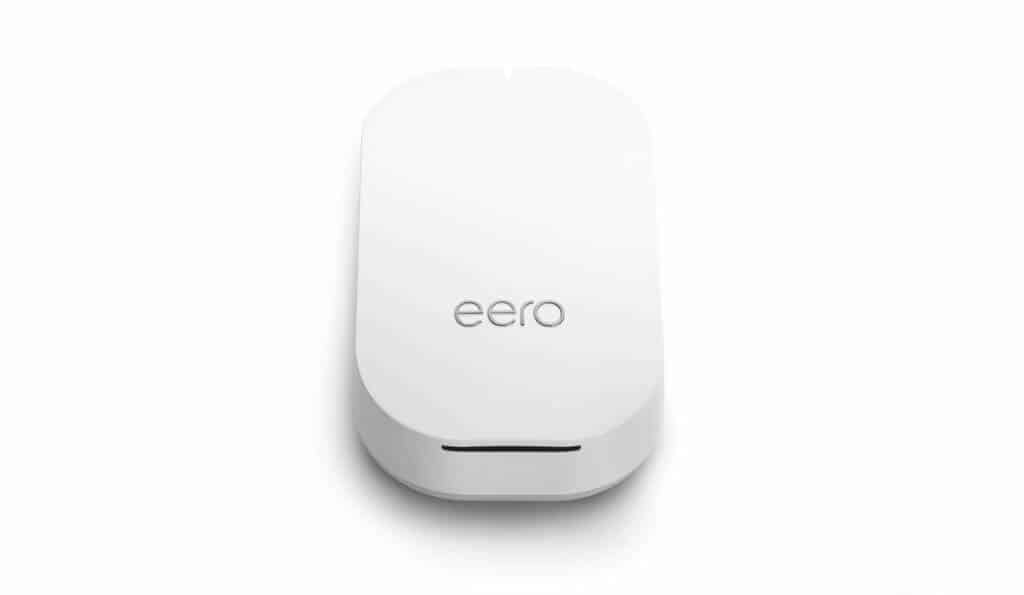 The Eero is a tri-band mesh router system with a specific band for communication between devices. It provides a fast and smooth network even at longer ranges because of its dedicated communication band. The system can also utilize as many beacons as needed.

The system is also known for the lengths it goes to to ensure data is safe. Eero has its own firewall so the user doesn’t need to run a separate one. But does Eero work with a hardware firewall? Absolutely. Eero Plus just provides an additional layer of security that secures all the devices you use at home. But the system will still work even without it as it will continue to receive crucial security updates.

The device’s name was chosen as homage to Eero Saarinan, noted architect and industrial designer. It’s a well-chosen one too, as the Eero is one of the best designed mesh routers around. The system is a bit pricey though, as a three-pack comes in at around $370. But the price tag is well worth it.

Must Read: Wi-Fi Hacking Apps on Android – That’s a Negative

You don’t have to deal with internet dead zones or a sluggish internet connection. A good mesh router will be able to boost your home’s Wifi signal, ensuring that every nook and cranny is covered. All you need to do is decide which system to get. Compare Google Wifi vs Eero or Google WiFi vs Netgear Orbi before making a decision.

Rest assured that whichever device you choose, all those products have been optimized to handle whatever life throws at them.

So which system do you think is best for you – Google WiFi, Eero or the Netgear Orbi? Are you satisfied with its performance? Ask your questions or tell us about your experience in the comments. You can also share this article with your friends and family and help them decide on the best home mesh system.