Google is presently in the process of developing a new smart reply feature for Gboard that would allow one to quickly send automated responses through a wide variety of communications apps on supported Android devices. First discovered by a member of the XDA Developers boards, the experimental service still appears to be in the works but can already offer some limited functionalities in conjunction with eight other apps. Facebook’s Messenger, Messenger Lite, and WhatsApp are presently supported, as are Snapchat, WeChat, and Google’s own trio of mobile tools – Android Messages, Hangouts, and Allo.

Opening a notification sent by any one of the aforementioned apps and tapping its quick reply box will present you with an ability to see suggestions delivered as part of Gboard’s autocomplete bar sitting above the on-screen keyboard. As the functionality relies on a variety of keyword-scanning algorithms for obvious reasons, Gboard will need to be able to read the contents of your notifications in order to deliver suggestions and will ask you for a permission to do so when you first ask it for a quick reply suggestion. The end result of that short interaction is depicted in a number of screenshots seen below; as is the case with translations and other content-altering capabilities of Google’s Android app, all suggestions are presented as part of a small stripe, being clearly visible and straightforward to select.

The upcoming functionality is powered by TensorFlow, Google Brain Team’s open-source software framework for data flow coding specifically designed with machine learning and general artificial intelligence applications in mind. A similar machine learning model is also powering smart replies in Gmail and Inbox which Google gradually deployed over the course of the last half a year. It’s still unclear how long may Gboard‘s native smart replies be in development, though the functionality will almost certainly hit the beta channel before being packaged into a stable build of the Android app. 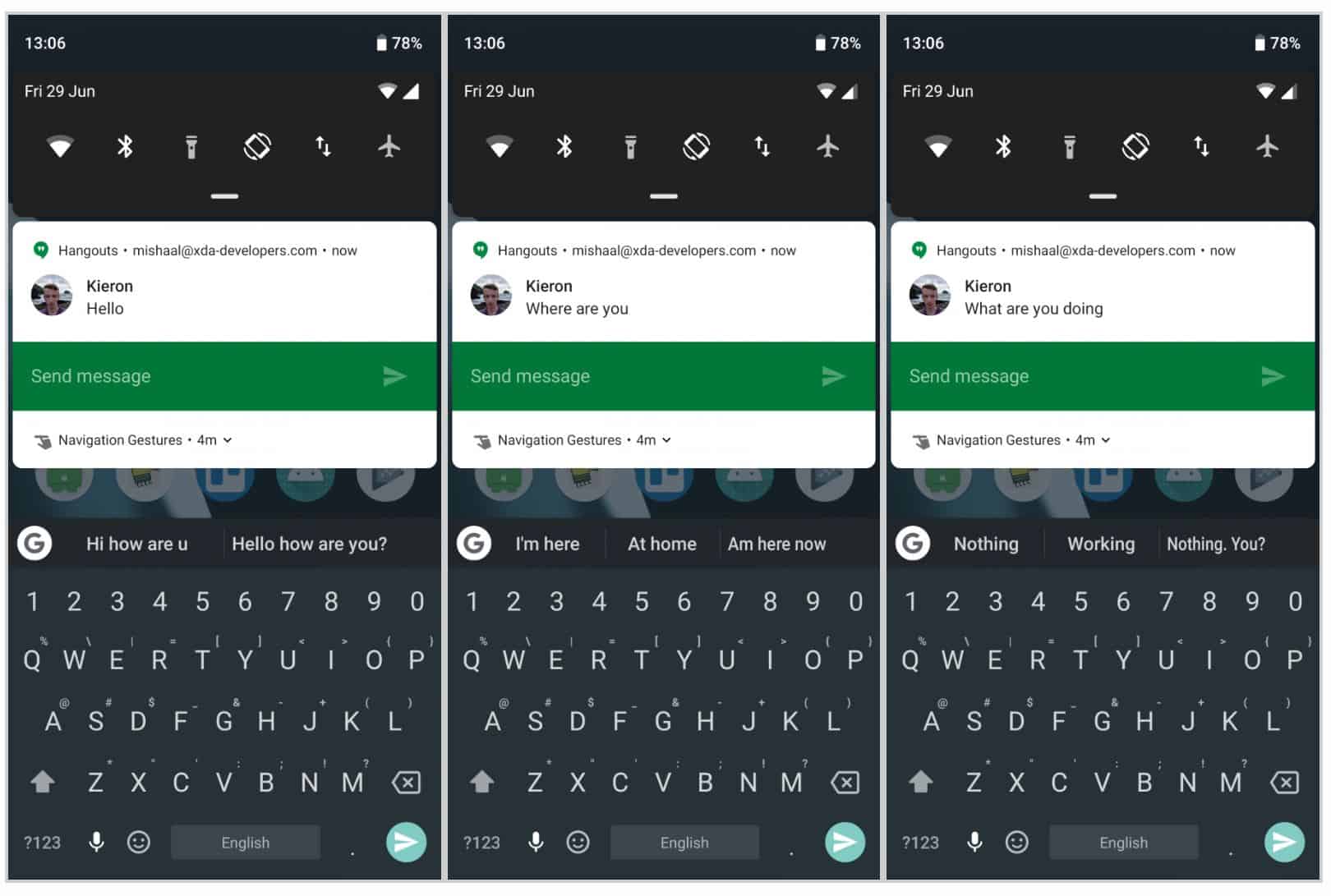