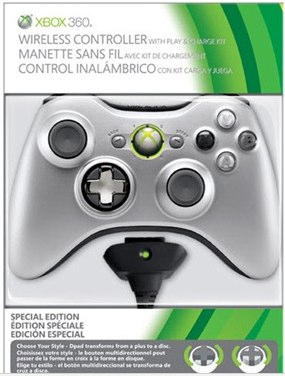 In the need for another Xbox 360 controller, you'll wanna check out this deal on the Play & Charge Special Edition. You get the silver Xbox 360 controller with transforming d-pad in this package, along with the play and charge cable, and a battery. We're big fans of fighting games here at Gear Live, and we think the transforming d-pad controller is the best version of the Xbox 360 peripheral yet. The standard price on this package is $64.99, but this bundle is available for $44.99 with free shipping, saving you 31% in the process.