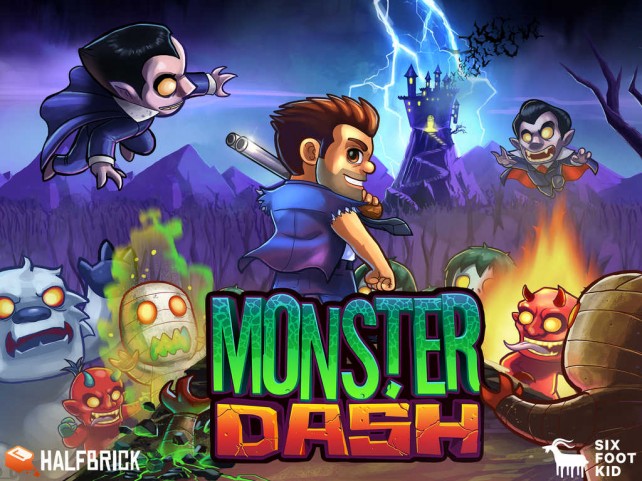 Almost a year and a half after its last update, Monster Dash is back from the dead with a significant update.

The popular monster-slaying runner game, which forms Fruit Ninja creator Halfbricks Barry Steakfries trilogy along with the endless runner Jetpack Joyride and the dual-stick shooter Age of Zombies, is no longer just a high score chaser. Rather, it now features daily events, new leaderboards and achievements, and a new leveling system that unlocks new weapons, upgrades, and bonuses.

Check out Halfbricks trailer for the new version of Monster Dash in the form of a montage music video:

In celebration of its relaunch, Monster Dash is currently available to download from the App Store for free, instead of its regular price of $0.99.

According to Halfbrick, Monster Dash is now under development by Six Foot Kid, the creator of the Halfbrick-published musical simulation game Band Stars.

See also: Rovio updates Angry Birds Go! kart racing game with 3-on-3 team multiplayer feature, Aim for Golfinity and beyond in the latest iOS game from Tiny Tower creator NimbleBit, and Ravenous Games’ crazy characters are back for one last mission in Random Heroes 3.

Halfbrick’s Monster Dash runner game goes free as it relaunches with new content is a story by AppAdvice.com
AppAdvice - iPhone, iPad, iPod, App Reviews + News
Get the latest tips & apps for your Smartphone