Hands-on with the brand-new waterproof Moto G, another $189 wonder 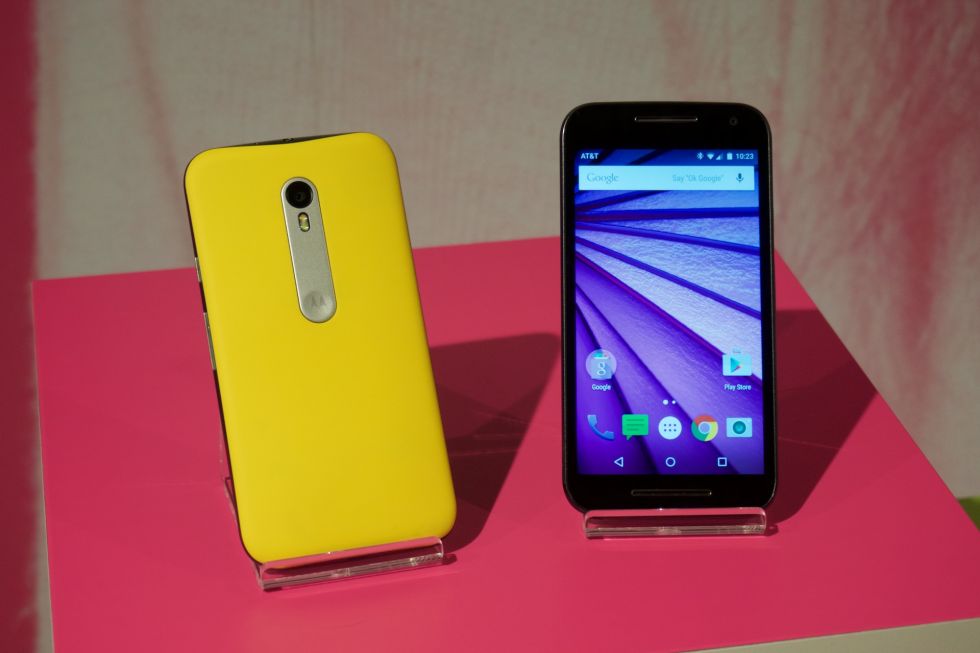 The new Moto G, back and front.

We’ve been big fans of Motorola’s Moto G since its inception—when the first one was released in 2013, it offered a ratio of features-to-value that nobody else could really touch. Competition at the low end of the market has gotten more intense since then, but the third-generation Moto G that Motorola revealed today looks like it can still hang.

The basic design language is the same all the Moto phones have used: gently curved back, rounded edges, camera and logo aligned in the center. Like past Moto Gs, this one comes in black and white trim and includes colorful replaceable rear shells. The headphone jack is mounted in the center at the top, and the USB 2.0 port (not Type-C, sadly) is mounted on the bottom. The textured power button and non-textured volume buttons are both mounted on the right side.