When EA first announced a Dragon Age game for mobile, it seemed fans of the series were disappointed to not be seeing a proper RPG like previous Dragon Age games, not to mention that it was a free-to-play title to boot. With Heroes of Dragon Age what you do get is a strategy title similar to a card-battling game that doles out lots of fan service to those who are heavily into the universe of Dragon Age, while still remaining an accessible mobile-friendly title for those who might not be familiar with the series at all.

One of the main draws of Heroes of Dragon Age is the huge number of characters which you can collect and use to build up your party of combatants. The roster contains characters not just from the Dragon Age games themselves, but also through the greater universe that's been fleshed out through books and other media. In all, given the different variations of characters in the game, there should be well over 400 to collect during the course of the game. 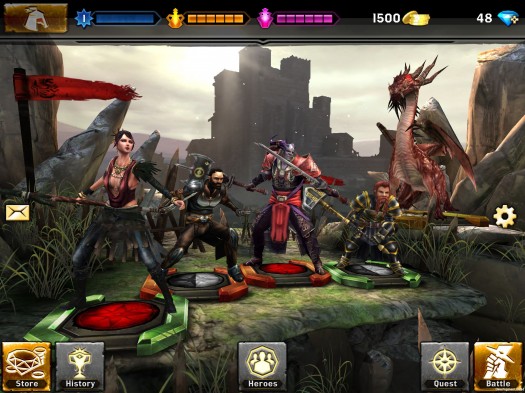 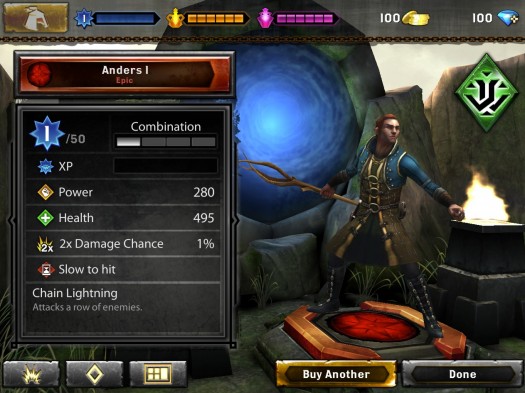 You obtain new characters in random fashion, kind of like ripping open a pack of cards, with the chances of a rare character being greater depending on how much in-game currency you spend when unlocking. In typical freemium fashion there are dual-currencies in the game, coins which are pretty easy to come by and gems which are doled out more modestly.

One really cool aspect to the character collection is the ability to fuse the abilities of up to five characters into another character. So if you draw characters that you don't particularly need or care for, you can fuse them with a character that you do care about and beef them up in the process. You can also combine two like characters to create one single, more powerful version of that character.

You'll use your characters to build up a party of four, as well as one double-sized slot for creatures like bears and dragons. You can take your party online and battle it out agains other real players, but there is a lengthy quest-based single-player campaign as well. The quests, like the characters, span events that have taken place across the broad spectrum of Dragon Age lore, which is very cool. You may remember a certain battle being referenced in one of the books or games, and here you'll learn more about that battle and actually get to partake in it. 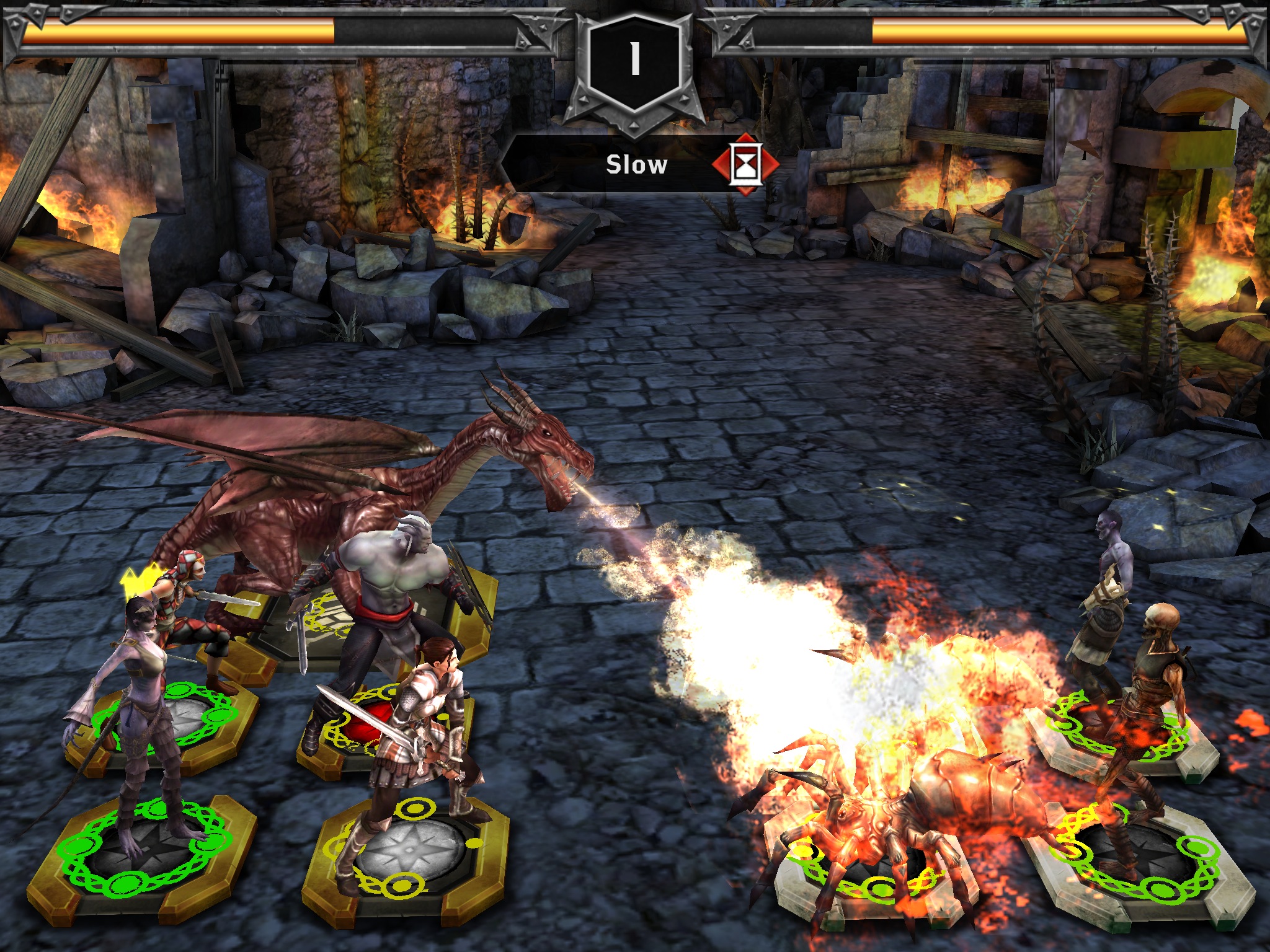 For what it is, Heroes of Dragon Age seems like a very cool title. No, it's not the robust RPG some may be pining for, but I can already see myself getting consumed with collecting characters, managing them in my party, and leveling them up. This early version I saw showed promise, and I'll be eager to see how the final product turns out when Heroes of Dragon Age launches later this fall.