It seems like only a couple of years ago, but history was made when five years ago today T-Mobile and Google officially launched the G1- the first smartphone equipped with Android. Today Android is the preferred mobile OS of million of people around the world but just one half decade ago, the platform was officially at zero market share.

Were you among those to pick up a T-Mobile G1? What color did you choose? Black, white, or that crimson shade of copper-ish red? 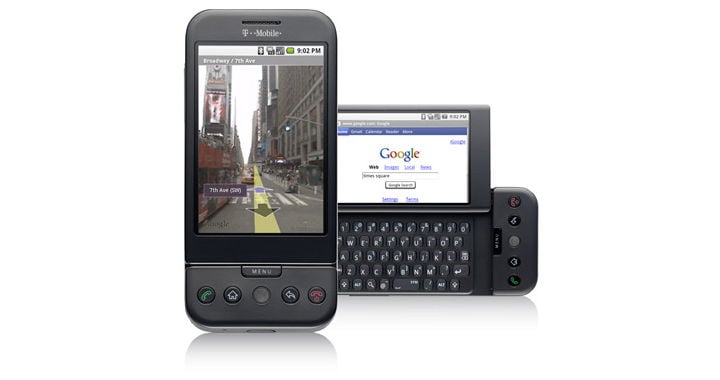 We had all of our demos behind a curtain and the press was to go upstairs and sit before a stage.  They began to let the press in and the energy was amazing!  So many bloggers and Tech reporters!  I scooted around and took tons of photos (I’ll have to dig those up to post later) – no one knew who I was, so they just left me alone.

For a fun trip down memory lane, be sure to read Des Smith’s inside look at the events leading up to the big G1 reveal.  As someone who was on the inside, it’s always nice to read the first-hand take on events.

The post Happy 5th Anniversary to the T-Mobile G1 appeared first on AndroidGuys.