Has the iPhone fallen behind the competition? Steve Wozniak thinks so 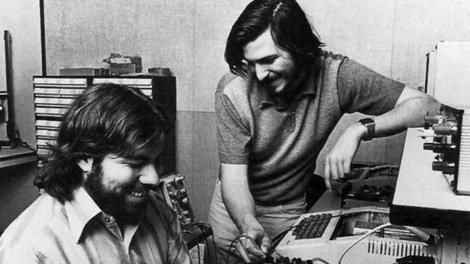 Apple co-founder Steve Wozniak has put the cat amongst the proverbial pigeons again by claiming the iPhone is now playing catch-up in the smartphone game.

Speaking to Germany's Wirtschafts Woche site, Woz said increased competition from Android manufacturers like Samsung has left Cupertino 'somewhat behind' when it comes to some features.

The bearded tech icon said: "Currently we are in my opinion somewhat behind.

"Others have caught up. Samsung is a great competitor. But precisely because they are currently making great products."

Given Apple's long-held assertions that Samsung was able to catch up purely because it 'blatantly copied' the iPhone's designs and user-interface, Wozniak's comments certainly go against the grain.

But this is nothing new. In the past he has praised Microsoft's Windows Phone software as being more beautiful than iOS and recently said the Microsoft Surface tablet made him think "Steve Jobs had been reincarnated."

In October he claimed that Apple would be wise to bring iTunes to the Android mobile platform, which practically no-one inside Infinite Loop would say is a good idea.

Despite his assertions that Apple is falling behind, Woz doesn't foresee Apple encountering problems due to its high profit margins and a customer loyalty fostered by the continued release of high-quality products.

He also explained why he continues to line-up alongside the public at Apple launch events rather than simply have a new iPhone or iPad sent over.

He added: "The launch of a new Apple product is for me like a big, major concert in which you absolutely must attend personally. It's history. Sure, I could order online or call the store manager... But that would be nothing.

"No, I will have the experience like any normal customer. But one thing is certain. If Apple would make lousy products, I would not be in line."