Heartbleed Detector released, allowing you to check if your Android device is vulnerable 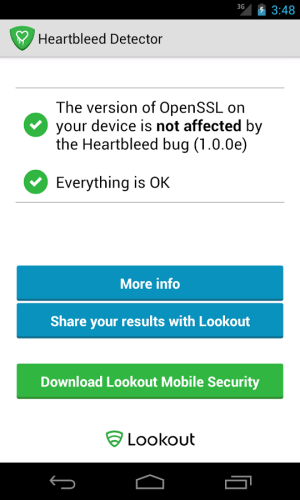 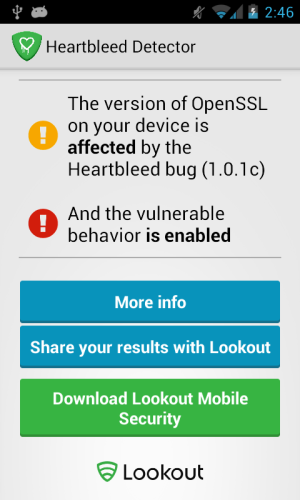 On Monday the devastating new bug in OpenSSL was discovered which severely compromises the integrity of secure communications. Not only that, but there isn’t much the user can do about it.

Now that it’s been discovered a new app called “Heartbleed Detector” has been released, which will tell you if you’re running the vulnerable version of Android on your device. Hit the break for more and the Google Play store link!

Heartbleed is essentially a flaw in the “Heartbeats” function of OpenSSL, which helps keep secure connections alive, that allows an attacker to steal up to 64K of data at a time. The Heartbleed Detector determines if your device is running the faulty version of software. Unfortunately, if you do have an issue the only thing you can really do is check if you have an Android update.

Come comment on this article: Heartbleed Detector released, allowing you to check if your Android device is vulnerable