Here’s The First Look At The OnePlus One

Now here’s a tasty little treat I’m sure a lot of you will like.  We may possibly have our first look at the upcoming OnePlus One flagship device!  Overall the design reminds me of an elongated Nexus 5 which, depending on how you feel about the Nexus 5, isn’t a bad thing.  I personally think it looks pretty slick and I look how clean it looks overall.

The only other thing we get to see in this particular photo is the camera which appears to feature the increasingly popular dual-tone flash.

A couple of subsequent pictures leaked alongside the one above showing off the motherboard of the OnePlus One.  Again, not a whole lot to see but they have etched their logo into the motherboard which is a nice little touch.

What do you guys think?  Has this picture swayed you a little bit more? 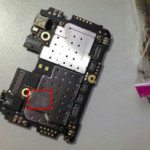 Here’s The First Look At The OnePlus One is a post from: Android in Canada Blog

The post Here’s The First Look At The OnePlus One appeared first on Android in Canada Blog.