As current consoles hit their stride with games like Marvel’s Spider-Man, God of War and Forza Horizon 4, some of the gaming community has already turned its attention to the next wave of hardware, the Xbox Scarlett and PS5.

These consoles are no doubt years away from reaching store shelves (in the case of the Xbox Scarlett, it's only recently been publicly confirmed), but as far as we know they’re very much in development right now.

Predicting what they’ll be like when they arrive is challenging. Current hardware has nearly caught up with display standards, which means the Xbox Scarlett and PS5 can’t just offer 4K HDR visuals and call it a day.

So, what’s the next step for consoles?

Developers outside of Sony and Microsoft don’t have the answer to that question. But, what they do have, is the knowledge of what they’ll do when they get their hands on next-gen hardware. 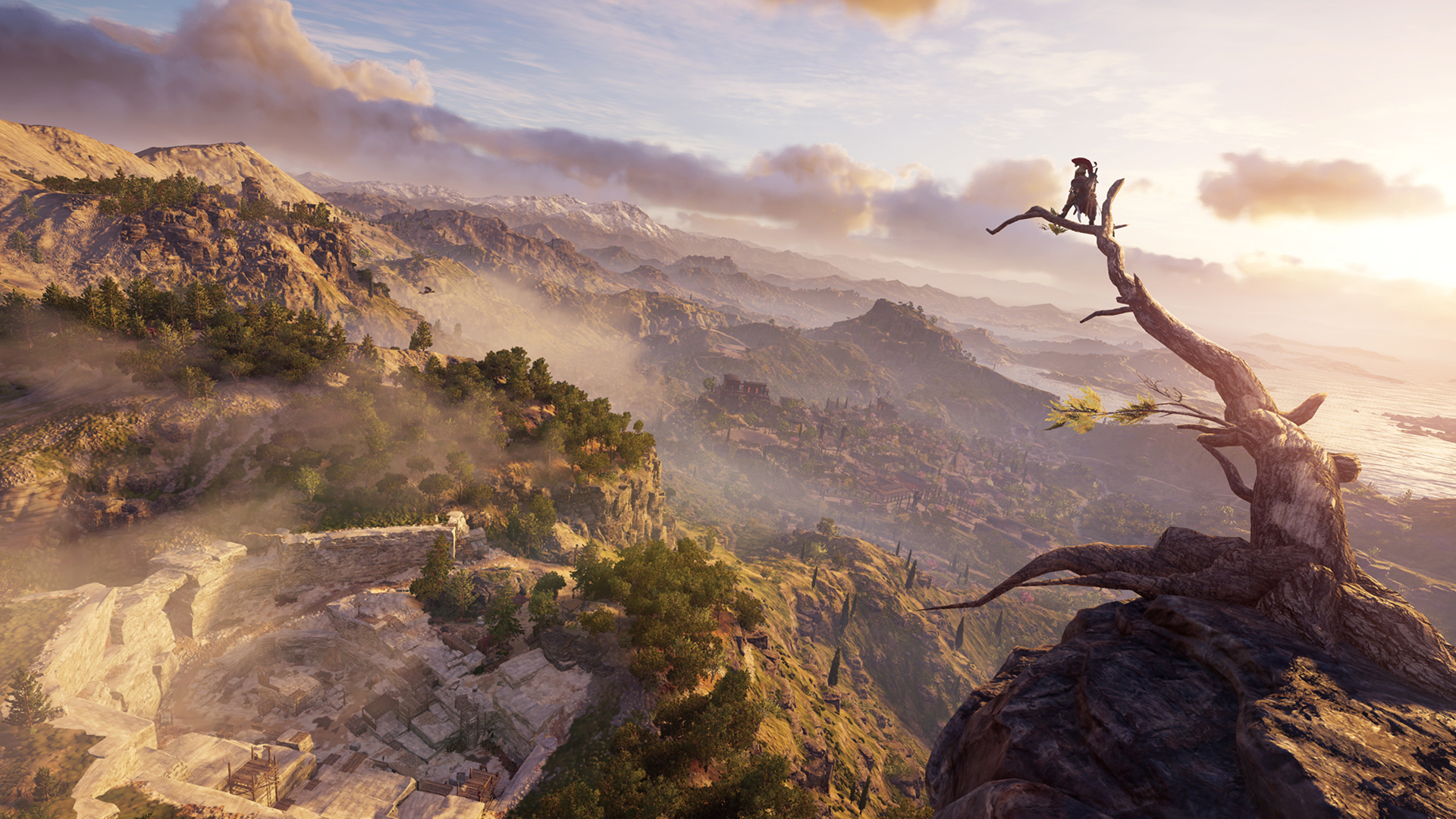 In a conversation with Scott Phillips, Game Director for Assassin’s Creed Odyssey, we had the chance to talk about how Ubisoft’s acclaimed series could benefit from the power and versatility of the next-next-gen consoles.

In his response, Phillips mentioned a number of areas for improvement including the AI and immersiveness of the franchise’s sprawling settings – and how more games (Assassin’s Creed included) could follow in the footsteps of the Games as a Service extended life model.

TechRadar: What do you think next-gen consoles bring to the table? And what would next-gen hardware enable you to do with a series like Assassin’s Creed?

Phillips: Well, I think I can look at what Yves Guillemot said in terms of streaming being the future and more people being given access to these kinds of games because they don’t have to buy one console to play the game on. I think in terms of opportunities creatively, obviously improving things like AI, believability of the world, credibility and interactivity; how much you can push and pull the world and how it reacts to you, as well as how we keep the game alive and active for players, because the idea of games having an extended lifetime or extended playtime for the game where you finish it but you don’t necessarily throw it away … are where Assassin’s Creed could continue to progress in the future.

TechRadar: Can you give me an example? Have you thought about what that mechanic would look like?

Phillips: We’ll talk more about what we’re going to do post-launch specifically for Assassin’s Creed in the next couple of weeks, but all of that stuff is about not necessarily having a game mechanic that creates the content for you but keeping developers around and keeping them reactive to the community and to what people are interested in, then continuing to develop in that direction. Games as a service or games as a hobby are sort of the touchstones or reference words for that kind of style and I think more games are going to continue in that direction.

Games as a Service vs. Immersive worlds

The crux of Phillips' prediction for the future is that more games on next-gen consoles will follow in the footsteps of Destiny, Rainbow Six Siege and Overwatch in that the base game keeps growing overtime through a mixture of free and paid DLC that can continue years after their initial launch.

Should Microsoft and Sony decide to make game streaming a cornerstone of their next systems, it's possible that they could serve gamers the latest version of the games for a set price, keeping gamers hooked on a steady stream of content and keep developers on-board long after a game first "ships".

This could work in tandem or alongside other games that use the consoles' built-in processing to create more immersive worlds with more interactive AI and environments – an idea Microsoft teased with the first version of Crackdown 3 that had an open world of completely destructible buildings and CD PROJEKT RED demoed in the latest trailer for Cyberpunk 2077.

With today's tech it seems unfeasible to offer both options simultaneously due to the large amounts of data that would need to be communicated, but as internet speeds continue to improve and data transmission algorithms improve, that could change by the time Microsoft and Sony are ready to unveil their next-gen hardware.