Here’s Our First Official Look At The Oppo N3 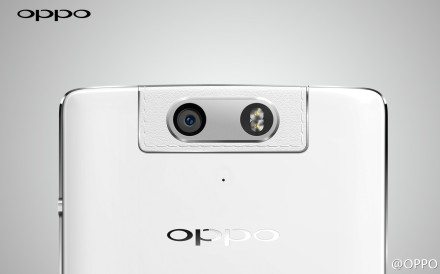 The launch of Oppo’s next flagship phablet is quickly approaching and after several unconfirmed leaked renders we finally have our first official look at the device!  Or at least part of it…  Oppo has taken to Weibo once again and posted the above picture showcasing the upper half of the upcoming N3.

As expected, the device will once again feature the iconic swivel camera that debuted on the N1.  The flash on the camera has been changed up a little bit and it appears that the swivel camera module is wrapped up in some sort of leather or faux leather (reminds me of thte Note 3 back plate).  We also get a glimpse of the metallic frame that Oppo has already hinted at numerous times.

In terms of the internal specs, we still don’t really know much but we can definitely expect some top line hardware packed into this guy.  I’m excited to see the final product!

Here’s Our First Official Look At The Oppo N3 is a post from: Android in Canada Blog

The post Here’s Our First Official Look At The Oppo N3 appeared first on Android in Canada Blog.