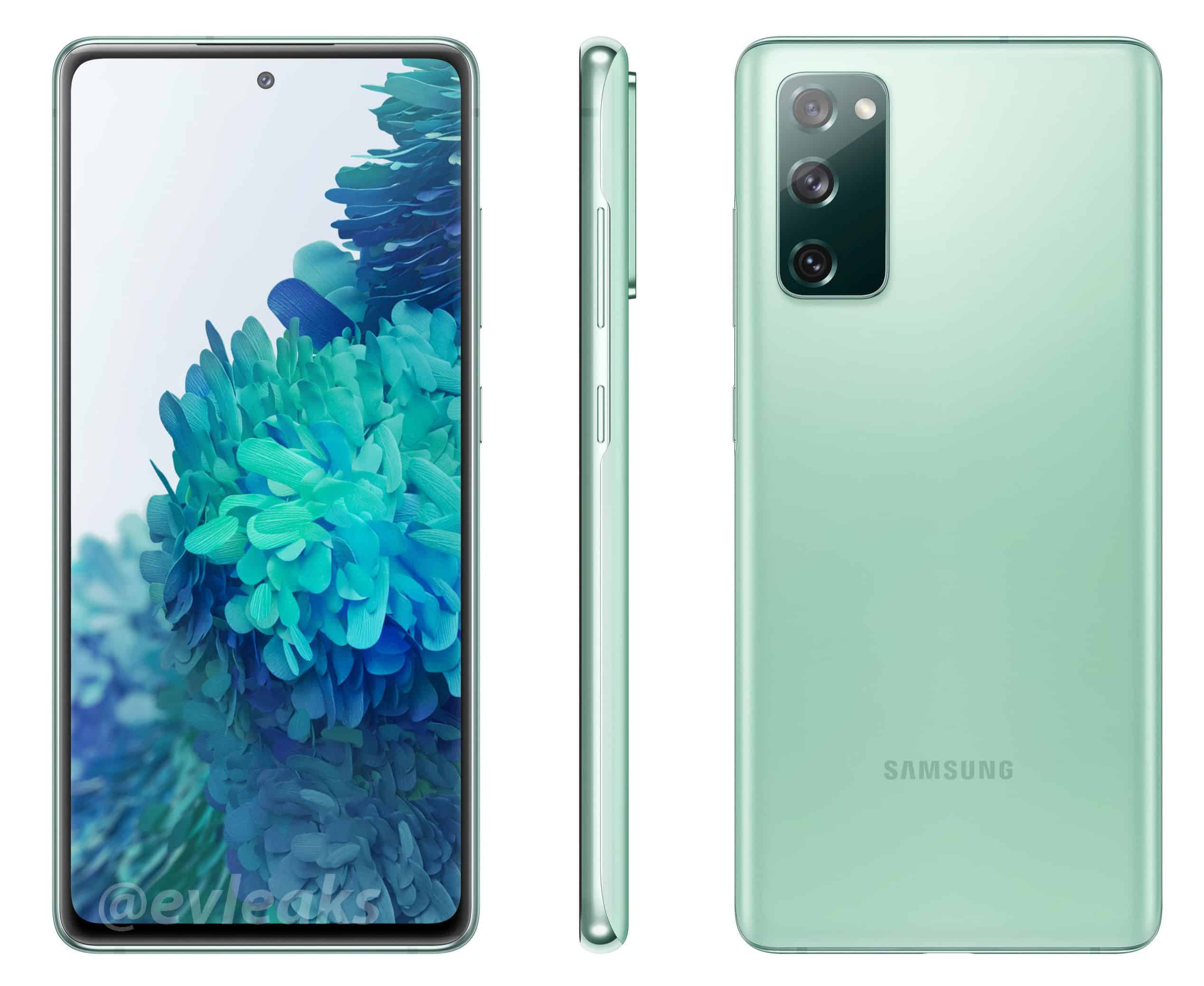 He actually did that for two color variants of the device, the red and green-ish one (available below the article). Considering that we’ve already seen the phone from pretty much all angles, this does not share any new information.

It does, however, give us a really good look at the phone in a video format, without the need to flip through images. It seems like the Samsung Galaxy S20 FE will be made out of metal and glass, just like its siblings.

Some rumors did suggest that we may get a plastic back on the device, as on the Galaxy Note 20, but we’ll see. One thing is for sure, its frame will be made out of metal.

Samsung’s logo is placed on the back, along with a triple camera setup. Those three cameras are vertically-aligned, and a part of the same camera module. An LED flash sits inside of that module as well.

The phone features thin bezels, and a flat display

The Galaxy S20 FE features really thin bezels, and a flat display. The phone also includes a display camera hole, which is centered, as on the Galaxy S20, S20+, and S20 Ultra.

All the phone’s physical keys are placed on the right. The power / lock button sits right below the volume up and down buttons. A Type-C port sits at the bottom of the phone, along with the phone’s loudspeaker.

We do believe that a secondary speaker will sit above the display, but that hasn’t been confirmed yet. We do nope that the device will have two speakers for stereo sound.

This smartphone is rumored to ship with the Snapdragon 865 SoC. So, it will include the same processor as the Galaxy S20, S20+, and S20 Ultra, at least in some markets.

The Galaxy S20 series includes the Exynos 990 in India and Europe, so the Galaxy S20 FE probably will too. The phone is likely to include 6GB of RAM, and a 4,500mAh battery.

Android 10 will come pre-installed on this device, along with Samsung’s custom UI. A 6.5-inch fullHD+ display is also rumored, along with a 120Hz refresh rate.

We still do not know when will this smartphone become official, though. It is expected to arrive in the near future, though, as it has been leaking for quite some time now.