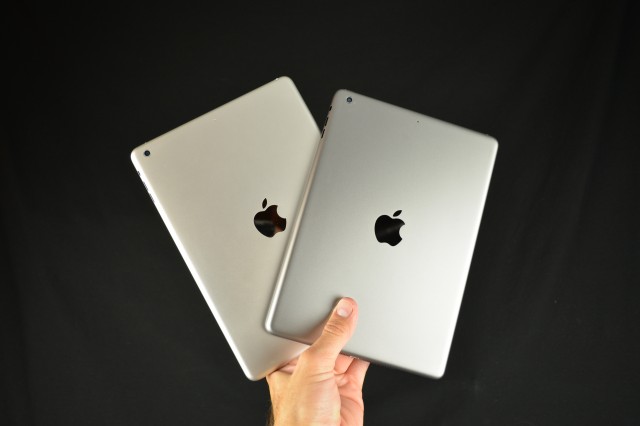 The fifth-generation iPad in silver and "space gray."
SonnyDickson.com

Apple CEO Tim Cook said last year that Apple would be "doubling down on secrecy" with respect to new products, but so far Cook's Apple has proven itself unable to control part leaks from its supply chain. There have been plenty of misdirections and fakes, but we saw so many colorful plastic shells and fingerprint sensor parts in the lead-up to the iPhone 5S and 5C announcement that there were few surprises left for Apple to reveal by the time Cook got up on stage.

We always try to take photos like these with several large grains of salt, but SonnyDickson.com is showing off a large number of high-resolution photos that purport to be of the next-generation iPad's rear shell and display bezel. The parts shown off in Dickson's photos line up with recent speculation: the fifth-generation iPad is expected to look more like the iPad mini, from the chamfered metal edges to the thinner display bezels. The tablet also picks up dual stereo speakers that flank the Lightning port on bottom, and it should also be thinner and lighter than both of the Retina iPads released last year. These photos suggest that the iPad will come in silver and in the new "space gray" color that was introduced last month in the iPhone 5S and the iPod lineup. 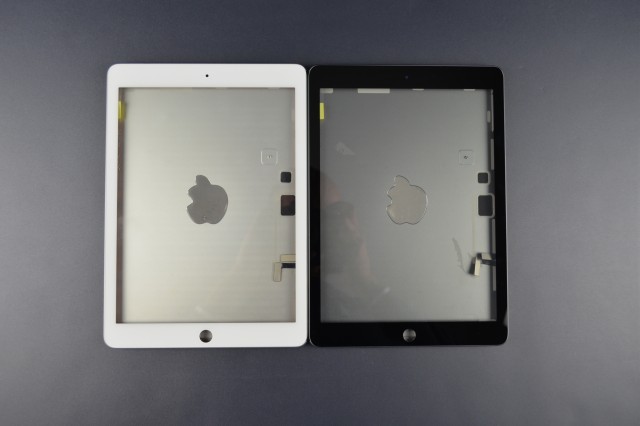 The display bezels are thinner all around, especially on the left and right of the screen.
SonnyDickson.com 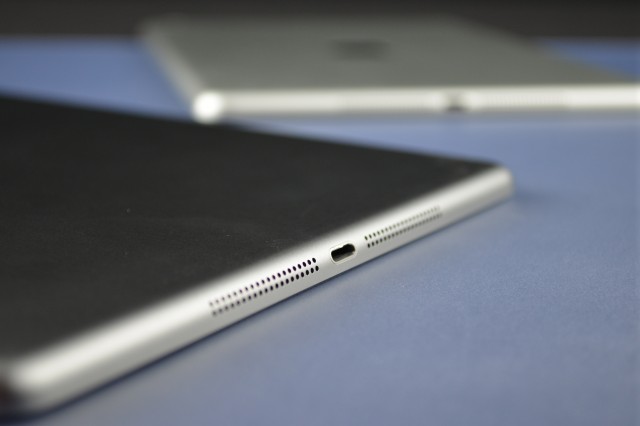 Like the mini, the fifth-generation iPad is expected to sport stereo speakers on the bottom.
SonnyDickson.com

These pictures tell us a lot about what the next full-size iPad will look like, but some questions remain. You can't, for example, discern anything about the rear-facing camera's capabilities from its cutout alone (though we can at least see that it will continue to lack an LED flash), and it's not clear whether the Home button will include the TouchID fingerprint sensor from the 5S. We won't have to wait long to find out about those things or to confirm the veracity of these photos—Apple is expected to take the wraps off of these iPads at an event on October 22, and if the supply chain leaves anything for the company to reveal, we'll be there to report it.